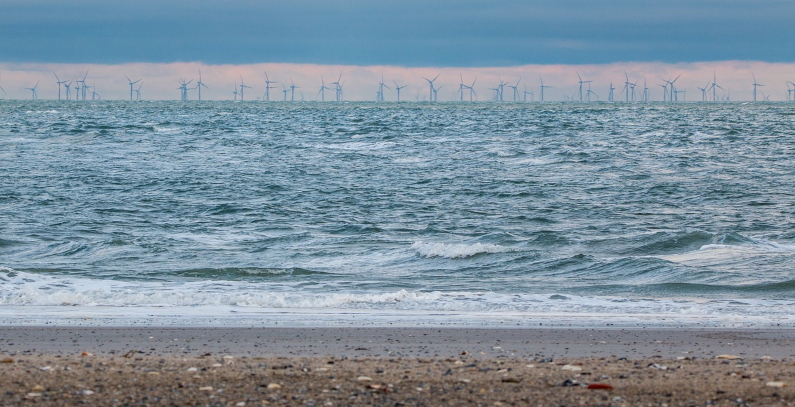 Romania’s biggest power producer laid out an ambitious long-term plan to its shareholders, leaning to a large extent on funds it expects from the European Green Deal. Hidroelectrica proposed to develop capacities in hydropower, biomass, photovoltaics, chargers for electric vehicles, hydrogen and wind turbines including an offshore wind park in the Black Sea of as much as 500 MW.

Hidroelectrica SA, more than 80% owned by the Romanian state, has published a spending strategy through 2037 worth EUR 5.4 billion with numerous diversification efforts. The country’s dominant company in electricity output said EUR 1.6 billion would be earmarked for the first five-year period. One of Hidroelectrica’s most daring plans is for the first ever offshore wind power plant in the Black Sea.

The project is estimated to be worth nearly EUR 590 million and targeted for commissioning in 2026. Just like the plans for onshore wind until 2025, the calculation is based on a 300 MW scenario, but the management felt confident to hint at the size of up to 500 MW each depending on feasibility studies.

The offshore wind power system is seen generating 998.6 GWh per year at an average capacity factor of 38% and a predicted development period of three years. It compares to an investment of EUR 387 million and annual production of 683 GWh at a rate of 26% for 300 MW in onshore units.

The expenses seem excessive for current market levels, but Hidroelectrica said it expects European Union funds and support from the upcoming budget, based on the European Green Deal, of as much as 50% for both the facility on land and the turbines fixed to the bottom of the Black Sea.

It would be the first deployment of the technology in the region. Blackstone has tried to build a 500 MW offshore wind park, but the project has long been idle.

In the document, the utility outlined to its shareholders the proposal to install solar power plants of an overall 50 MW to 100 MW by 2023 at a cost of EUR 40 million at the lower end, which would imply production of 80 GWh per year.

The plan is based on the potential of the Danube river, where Hidroelectrica said it could cover up to half of the cost from EU programs. All in all, it predicts EUR 1.6 could come from the source.

The item for upgrades of hydroelectric units is worth EUR 620 million, of which EUR 250 million in the next five years. All the new power projects are valued at EUR 1.05 billion. The investment should result in facilities of 655 MW and the production of 1.76 TWh per year.

The strategy reveals several bets on advanced tech. A wood biomass power plant project is lined up and the authors said the material would be collected from the river at hydropower dams. Hidroelectrica said it would invest in electrolysis and hydrogen as well.

Finally, it is planning to install a national network of chargers for electric cars and buy a fleet of the vehicles. It highlighted the potential for the new systems near its hydroelectric plants.

The company has 209 hydropower units with a capacity of 6.48 GW. It has just picked STJ Advisors Group Ltd. for advisory services related to its intention to list on the stock market. The winning bid was EUR 950,000 while the budget was estimated at EUR 1.75 million.

General Manager Bogdan Badea said the date for the initial public offering would be picked later as the benefits for shareholders are priority.