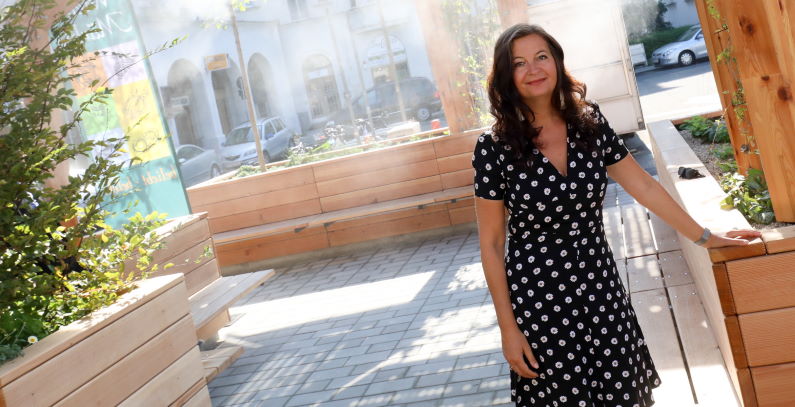 Within its measures to mitigate the climate change impact, the Austrian capital made sure more than half of its territory are green spaces. Ulli Sima, Executive City Councillor for the Environment and Vienna Public Utilities, told Balkan Green Energy News that the local authority would install photovoltaic systems on all the buildings it owns and added special focus is on the electrification of public transportation.

Vienna is regularly at the top of world charts in sustainability. What are the benefits in economic and environmental terms and in the number of tourists?

It is up to us to secure Vienna’s future as the best city to live in and for the next generations. We have been working successfully for 20 years on climate protection. In 1999, we began the City of Vienna’s Climate Protection Programme (KliP).

A pristine environment is crucial for the quality of life. We have unique leisure areas like the Lainzer zoo, Green Prater, Lobau or Donau-Auen national park. There are 500,000 trees and 1,000 parks in the city and the share of green areas is 53%.

The enterprises involved in the scheme so far saved EUR 170 million in operating expenses, 216 million kilometers in transportation and 700,000 tons of carbon dioxide. OekoBusiness Wien connected with similar initiatives throughout the world in order to improve knowledge exchange with city and regional administrations and to build a network of firms that understood economic success and sustainable business go hand in hand.

Which possibilities do Vienna residents have for installing photovoltaic panels on roofs?

In the years to come, all suitable roofs on buildings will be equipped with solar systems: from schools to hospitals to craft associations.

Vienna subsidizes public and private photovoltaic facilities. Those with up to 100 kW in capacity get incentives of EUR 250 per kW. The subsidy for up to 500 kW is EUR 200 per kW and the City of Vienna covers a maximum of 30% of expenses for photovoltaic panels that are eligible for support.

Burning waste for energy is a controversial topic, mostly because of toxic fumes from plastic and other oil-based materials. How does the local authority address the issue, being famous globally for its incinerators?

The City of Vienna has three pillars in waste management: prevention of waste generation, recycling and thermal processing. Incineration is one of the most efficient and environmentally friendly ways of waste management.

Incinerators Spittelau, Flötzersteig, Pfaffenau and Simmeringer Haide use 900,000 tons of waste and sludge per year. The facilities supply hundreds of thousands of Viennese households with power and heating. They all conduct state-of-the-art purification of flue gases and extensive processes.

Waste gas emissions have been cut to a minimum due to multilevel filtration. Austria has very strict regulations, and the incinerators in Vienna don’t even come near limit values – they are 90% lower on a yearly average. All emissions are transparent and available in real time on Wien Energie’s web page.

What are the latest achievements in sustainable urban mobility planning?

Changes in transportation have a crucial role in the development of mobility with low greenhouse gas emissions. Passengers of public transit company Wiener Linien contribute significantly to climate protection every day: everyone who uses the city’s public transportation prevents as much as 1,500 kilograms in carbon dioxide emissions per year.

Almost half of the population of Vienna has an annual pass for city transportation. We are making sure that the new vehicles we buy have low energy consumption. So we now have the new Flexity trams.

Right now 80% of our passengers use transportation running on electricity: trams, the subway and electric buses – and with a rising trend! While in other European cities electric buses are used individually, two lines in Vienna (2A and 3A) only have electric buses for the past five years.

By 2027 at the latest, a total of 82 buses using alternative fuel will be added to the Euro-6 vehicle stock. We will invest EUR 90 million in the development of an environmentally friendly vehicle stock and the necessary infrastructure, and in 2023 Vienna will have ten hydrogen-fueled buses in public transport.

One of the most important projects in public transportation and, at the same time, the biggest climate protection project in the next several years is the intersection of subway lines U2 and U5. It will reduce carbon dioxide emissions by 75,000 tons a year. The amount is equivalent to 1% of the necessary

How does the Austrian capital respond to climate change in district energy?

There are many linked measures in this area. The essence of Vienna’s approach is integrating electricity, heating, transportation and waste disposal. By 2030 Wien Energie will invest EUR 1.2 billion in increasing the production of renewable energy including the construction of a photovoltaic plant on an area equal to 600 football fields.

By 2030 Wien Energie will invest EUR 1.2 billion in increasing the production of renewable energy

We invest in solar power systems and we massively incentivize their construction, as we are in an urban environment. Hydropower is very well developed in Vienna, while there are no suitable locations in the city for building wind parks. However, Vienna has many roofs for photovoltaic facilities.

In the heating sector, geothermal energy and clean electricity are replacing fossil fuels as heat pumps are being introduced. At the moment we are making the biggest heat pump in Europe. It will supply 106,000 households – more population than Vienna’s whole tenth district Favoriten – with environmentally friendly heating. Green gas from waste sludge and hydrogen produced with environmentally friendly electricity are replacing fossil fuels in transportation, heating and the production of electrical energy.