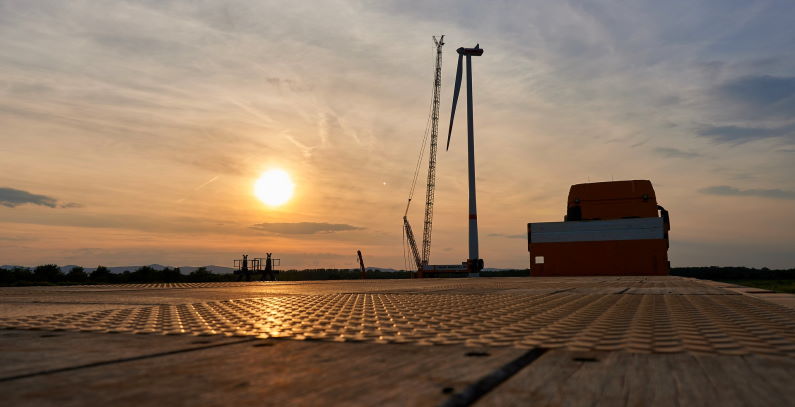 At least two government officials are suspected of abuse of power in the case of the biggest wind farm in Croatia, which receives a substantial stimulus. The scandal follows massive complaints by the local population throughout Southeastern Europe and numerous accusations by activists of irregularities and corruption in projects for renewables, mostly small hydropower plants.

The public outrage about the investigation into influence peddling related to the Krš-Pađene wind park has sparked more questions about alleged corruption and environmental degradation in the renewables business in Balkan countries. Most of the controversy is centered on hydropower, or small hydroelectric facilities in particular, but no energy sector seems to be immune to graft.

All the scandals tend to indicate both corruption and the destruction of nature. They have another common link – local or state officials.

Minister of Environment and Energy Tomislav Ćorić claims his earlier decision to free the owner of the biggest wind power plant in Croatia from the obligation to produce an appropriate assessment study was supported by two courts. He added the ministry has previously consulted the State’s Attorney Office and that the course of action was taken to avoid a lawsuit.

Following an arrest of the now deposed State Secretary and former Mayor of Knin Josipa Rimac on the suspicion she abused power in favor of the Krš-Pađene wind project, Ćorić said his status is in the hands of his party’s chief and Prime Minister Andrej Plenković.

The decision was in line with 14 other cases in the past ten years and it couldn’t have benefitted anyone at the time, the minister asserted. Rimac and Krunoslav Jakupčić, head of national forest management company Hrvatske šume, were apprehended for alleged manipulation with documents to enable Milenko Bašić and his firm CEMP to get subsidies. The stimulus is funded via electricity bills.

The 142 MW Krš-Pađene facility, located in Dalmatia, is almost finished.

Last month the European Commission warned Croatia to comply with the Habitats Directive concerning the assessment of impact of wind farm projects on Natura 2000 sites so that the integrity of the sites wouldn’t be adversely affected. The state “systematically failed to correctly apply” the rule by allowing changes to projects along the coast, it said.

In neighboring Serbia, opposition to small hydropower has been growing and environmental activists scheduled another protest in front of the government’s building in Belgrade for June 13. Aleksandar Jovanović Ćuta from the Defend the Rivers of Mt. Stara Planina group or ORSP, said after speaking with Prime Minister Ana Brnabić that the meeting was “a complete waste of time,” as quoted by Južne vesti.

He stressed that he and Dean of the Faculty of Forestry Ratko Ristić failed to convince her that small hydroelectric units cause damage and that there were numerous breaches of the law. Jovanović especially insisted on the case of the facility in the village of Rakita in the country’s southeast, saying the construction permit has been scrapped.

The structure is illegal and the investor must take the pipes out and return the area into the previous condition, ORSP argues, citing official documents. The organization said after the protest it would cease to communicate with the state authorities and added citizens would implement the law on their own.

ORSP has gathered massive support in its fight to preserve mountain rivers in Serbia in the past years. As they organized resistance in remote villages in the country’s east and southeast, its activists and sympathizers clashed on multiple occasions with private security hired by investors. They have been arrested and targeted by numerous lawsuits.

Minister threatens to sue for libel

Also of note, Srebrenka Golić, Deputy Prime Minister and Minister of Physical Planning, Civil Engineering and Ecology of the Republic of Srpska, has said all licenses for 2.5 MW hydropower plant Miljacka near Sarajevo were regular and issued in line with the law. She reacted to claims in the media that the documentation was falsified.

Files from the procedure were first published on a blog. The author, Slobodan Vasković, has written the way the facility was built doesn’t match the original permits, location and conditions. Without identifying sources, he said owner Ljubomir Mrda had employees of a state-owned power utility firm he ran at the time to construct the small hydropower plant. In the article, Golić is attacked for allegedly using the state of emergency, imposed due to the coronavirus, to issue a permit without inspecting the works.

The minister said she would file defamation lawsuits. The Republic of Srpska is one of the two entities making up Bosnia and Herzegovina.

Activists from Green Home and Ozon from Montenegro and the Center for Environment and the Aarhus Center Sarajevo from BiH recently filed a complaint with the Espoo Convention Implementation Committee because Bosnia and Herzegovina didn’t carry out a transboundary environmental impact assessment of a planned dam for the Buk Bijela hydropower plant of 93 MW.

Four long-delayed hydroelectric projects are in preparation on the river Drina near the border with Montenegro. The Foča hydropower plant is planned at 44 MW, the Paunci unit should have an installed capacity of 43 MW. The Sutjeska project is for 35 MW.

A district court has canceled the environmental permit last year for Buk Bijela. But it got another one in December without an environmental impact assessment.