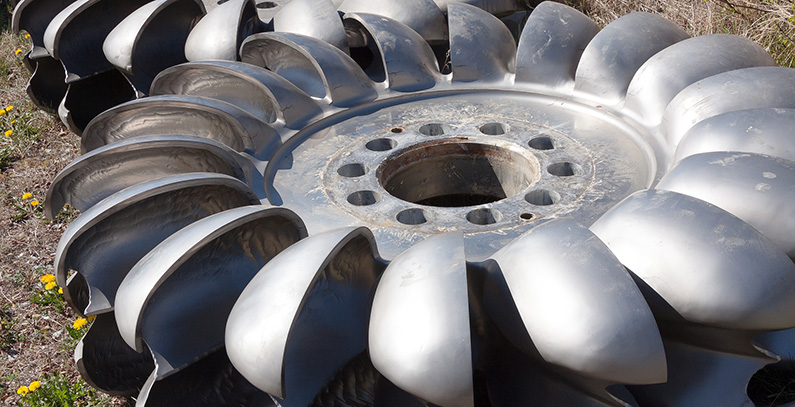 Activists criticize the investors for diverting almost the entire river flow at two stations in Sokobanja. Several local authorities in Serbia formally banned hydropower projects or are preparing to do so. The police have been summoning petitioners in Prokuplje.

Licensing has been suspended in the territory of a town in Serbia dependent on tourism for small hydropower plants and two wind power stations, environmentalists learned. A local group called SED from Sokobanja in the country’s east said a municipal body initiated the procedure to erase all such planned facilities from the spatial plan.

Two small hydroelectric units have been commissioned so far, operated by Slemen Electric doo. On the river Moravica, there is Blendija, with the capacity of 210 kW. The other is Čitluk, on the Izgara, which has 120 kW.

The activists have criticized the investors for diverting almost the entire flow there, pouring concrete over the pipes in the riverbed and setting up barriers that prevent fish from migrating through the remaining water. SED vowed to monitor developments and react to any attempt to issue permits or start the construction of hydropower stations.

Local rivers dry out in summer

There are 14 more such systems drawn into the spatial plan. Together with the existing two, their capacity is 2.5 MW.

Hydropower plants were going to be installed on rivers Mratinja, Nikolinska, Sesalačka, Tisovik and Izgara, which all dry out in the summer. The locations were identified in 1987 and the spatial plan was passed in 2012. The document is due to be updated for the next decade, just like in other municipalities.

The decision makers rejected, however, the demand by the organization to abolish the project for wastewater management and several other accumulations for water supply. SED said it raises concern that the structures would be used to construct hydropower units.

Isidor Krstić, who heads the municipal authority in Sokobanja, told Južne vesti there have been no investors interested in the 14 projects.

The case is just one among the dozens of disputes in the region. In Serbia, environmentalist group ORSP has organized another protest against hydropower plants at a government building in capital Belgrade.

The Ministry of Environmental Protection ordered the investor almost a year ago, for the second time and to no avail, to remove the pipes from the riverbed in Rakita

Its members said they gave files to authorities on projects like Zvonce, Topli Do, Zaskoci and Jelovica, which have alarmed the public in the past years. In the case of Zvonce in the country’s southeast, the Ministry of Environmental Protection ordered the investor twice to remove pipes from the Rakitska river in Rakita. The last decision was published in April, but it hasn’t been implemented.

Vlasotince acting against its own decision

Elsewhere, the organization accused the nearby Municipality of Vlasotince of breaching its own rules. The local assembly has voted in June to erase small hydropower plants from the spatial plan within a year. Still, the municipal council issued a construction permit for a 3.5 MW unit named Besko on Kozaračka river, also called Rupska and Bajinska.

There are already three small hydropower plants there with an overall capacity of 4.1 MW in total. Together with Besko, 76.4% or 19.7 kilometers of the river would apparently be in pipes. ORSP focuses on challenging small hydropower projects on mount Stara planina and the surrounding areas.

Of note, the police in Prokuplje in Serbia’s south have been summoning persons who signed the petition to ban hydropower plants. Prosecutors acknowledged the city’s authorities have demanded the identities to be verified on suspicion the signatures were falsified.

Several cities and municipalities in the Balkan state have formally banned small hydropower plants or are on the way to do so.

— We corrected the data on the capacity of the small hydropower plants after publishing the article.