Damage from small hydropower is much larger than gains, study finds 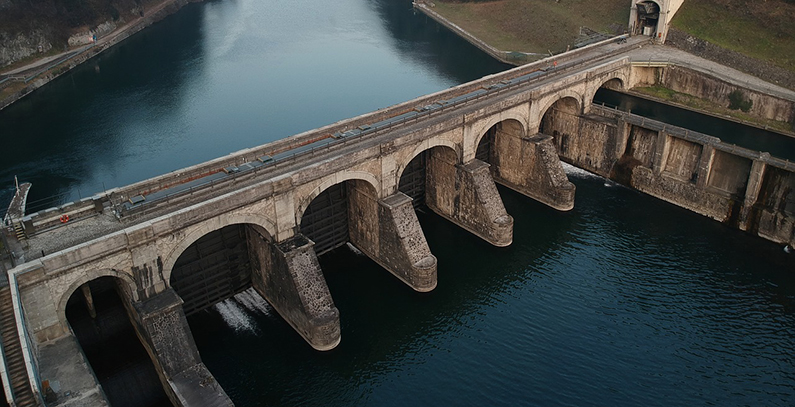 The Balkans and Turkey are examples of how quickly free-flowing rivers and river stretches “can be degraded by being turned into impoundments,” World Wide Fund for Nature warned after publishing a study it commissioned together with RiverWatch, Geota and EuroNatur. Environmentalists said hydropower puts “tremendous pressure on Europe’s biodiversity, and for specific projects a disregard for Europe’s nature protection laws.”

Parallel to the expansion in the sector all around the planet, the continent is also pushing the technology even though most of the potential is already utilised, they asserted. Earlier, the organisation and the Nature Conservancy found new hydropower isn’t necessary to meet climate and energy goals. “Significant hydromorphological changes” have been recorded, according to the document.

Nearly 8,800 hydro facilities in total are planned and some are already being built

Small hydropower impacts river continuity but its contribution to the production of electrical energy is minimal, according to the authors. Researchers discovered 21,387 existing facilities while 8,507 are planned to be built and 278 are already under construction. The report said the new units are “threatening Europe’s fragile freshwater biodiversity.”

Micro hydropower plants, under 0.1 MW, are excluded. The number of those from 0.1 MW to 1 MW is tentative as public data is not reliable, WWF stressed. The analysis compares to 100,000 barriers on streams, as of the information obtained by Amber or Adaptive Management of Barriers in European River, which also indicates some units with licences weren’t built or were shut down.

The map shows 2,396 or 28% of planned hydropower plants would be installed in protected areas. There is “an alarming rise” in small projects, according to the press release. Such a unit “usually wreaks environmental havoc whilst producing very little energy,” the study said. There are 3,936 hydropower systems already working in places like natural parks and 77 are being built.

Governments show “blatant disregard for EU water and nature protection laws” like in the examples of Defileul Jiului National Park and another in Răstolița in Romania, WWF underscored. The country’s Olt River is covered with dams. On the flipside, strong opposition is noted on some of the projects like on the lower Drava.

Of the overall number of systems, 91% is weaker than 10 MW. There are 30,172 hydropower plants in the inventory, of which 8,507 are planned to be built, and 278 are already under construction. In Western Europe, the surge is mostly in pumped storage and the strengthening of existing capacities. Conversely, run-of-the-river technology dominates in new endeavors in Portugal, Southeastern Europe and some parts of the eastern region.

Turkey has 490 facilities in the sector and has the ambition to install 534 more.

The Balkans and Turkey, without Romania and Cyprus, were highlighted for “the most dynamic development.” The entire territory of former Yugoslavia was covered. There are 1,900 existing hydropower plants, 173 are being built and another 4,105 are still in the planning phase. Turkey has 490 facilities in the sector and has the ambition to install 534 more.

There are 2,473 micro projects registered in plans for the region and another 69 are under construction, against 675 operational ones. The item of 1 MW to 10 MW has 992 systems working, 79 are being built and 1,205 are planned.

Greece has 898 hydro projects under 1 MW

Albania leads the way with the plans for turbines between 1 MW and 10 MW – 241, followed by 179 in Turkey and 179 in Bosnia and Herzegovina. The number of blueprints in the smaller category came in at 898 for Greece, trailed at the top of the chart by Serbia, with 698.

“Freshwater species populations are declining at twice the rate of terrestrial or marine species – and hydropower dams are a major pressure. Europe has a strong legal tool in the EU Water Framework Directive, but enforcement by the European Commission is weak, and implementation by member states even weaker,” said Andreas Baumüller. He is responsible for natural resources at WWF’s European policy office.

WWF’s Baumüller: Enforcement by the European Commission is weak, and implementation by member states even weaker

“This assessment is alarming. We are facing nothing less than the end of free-flowing rivers in Europe, if we don’t stop this dam craze. Under the label of ‘green energy’, the hydro lobby and political decision makers are about to destroy Europe’s last remaining rivers and streams,” Riverwatch’s chief executive Ulrich Eichelmann claimed.