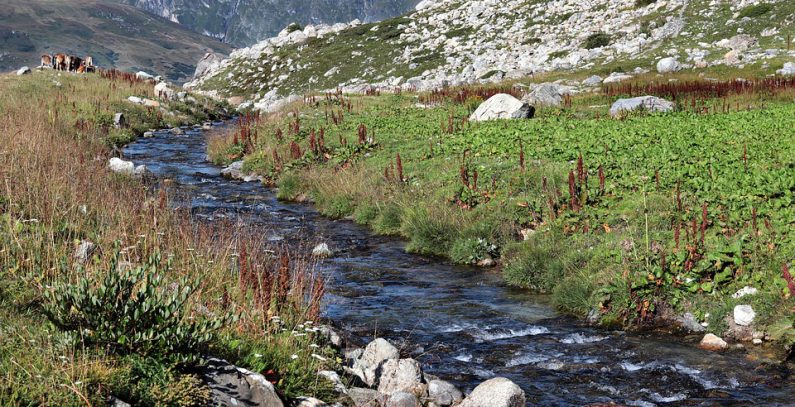 Residents in Plav in northern Montenegro recently again blocked the start of construction on the Meteh small hydropower plant (SHPP) on the Komarača river. They insist that the construction permit was unlawfully issued to the investor, construction firm Normal Company owned by businessman Žarko Burić, warning that the investor has no right to resume the works until relevant court proceedings are ongoing.

This is only the latest in a series of protests against the construction of the small hydropower plant, and it ended with residents vowing to guard their mountain river day and night, local media reported. SHPP Meteh is projected to have an installed capacity of 4 MW and produce 10.8 GWh of electricity annually.

The investor said following a meeting with the Plav authorities last year that SHPP Meteh would not produce electricity in July and August, when hydrological conditions are adverse, and that it would suspend operations at residents’ requests and when there should be need for it.

However, the only acceptable solution to the residents is for the investor to give up the project, which, along with an SHPP project on the Meteška Reka river, they say would leave the surrounding villages without drinking water and water for irrigation.

People across the region protesting against construction of SHPPs

Protests against SHPPs, many of which have been or are being built in protected areas, are taking place across the region. The most massive one was organized on September 2 in Pirot in southeastern Serbia, after which public water management company Srbijavode scrapped riverine land on the Visočica river in Pirot from the list of 18 locations it offered to investors for the construction of SHPPs.

Igor Vejnović, Hydropower Policy Officer at CEE Bankwatch Network, one of the largest networks of environmental civil society organizations in Central and Eastern Europe, recently told Balkan Green Energy News that the construction of HPPs has an adverse environmental impact, particularly in protected natural areas such as Mt. Stara Planina.

“In my opinion, citizens are defiant because they have lost confidence that the state is ensuring lawfulness of the process. The ministry in charge of environmental protection revoked approval it previously issued for SHPP Pakleštica on Mt. Stara Planina. Officials of the municipality of Knjaževac were appalled at the destruction brought about by the construction of SHPP Mezdreja on the Crnovrška river, even though the investor supposedly secured all the necessary permits. The state should strengthen inspection capacities and planning capacities along a river basin, in line with the EU Water Framework Directive, before a further development of the sector is allowed. Once of the first opportunities to bring some order to the sector presents itself with the formation of a new SHPP cadaster, but the process has been very non-transparent so far, with no participation of the public,” said Vejnović.

The final report following consultations on draft documents associated with the Regional Strategy for Sustainable Hydropower in the Western Balkans, an EU-funded study, states that the contribution of SHPPs to the global energy production and security of supply, or to the renewable energy sources targets, is extremely limited, while their impacts on the environment are severe.

Accordingly, lists of potentially sustainable hydropower projects in the Western Balkans that could be backed by the EU are populated only by the existing and planned HPPs with a capacity of over 10 MW, though environmental civil society organizations object even to many of the large HPP projects, according to documentation available of the Western Balkans Investment Framework (WBIF).

What one can read between the lines is that hope remains the private sector’s interest in the construction of SHPPs will dissipate once state incentives such as the feed-in tariff, which caused SHPPs to mushroom around the region after 2005, are no longer in place. The state support schemes are expected to be gradually phased out after 2020, and it is therefore quite likely that private sector interest in developing small hydropower plants will diminish accordingly, according to the final report.