Investor pulls out of SHPP project after clashes on Mt. Stara Planina 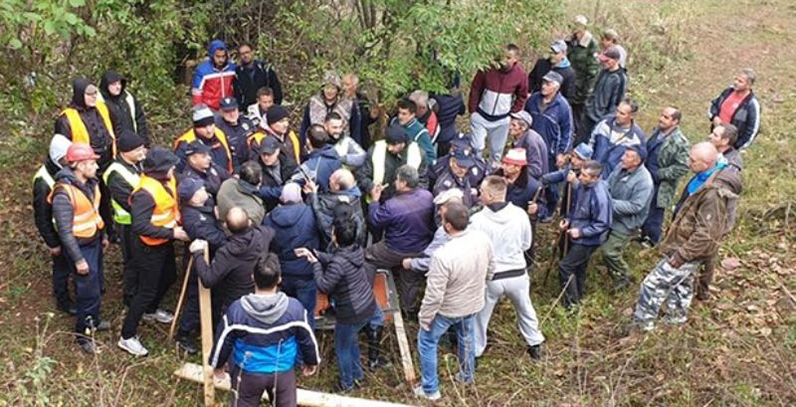 Residents of the village of Topli Do on Mt. Stara Planina in Serbia clashed yesterday morning with security and workers accompanying investor Dragan Josić in an attempt to start the construction of a small hydropower plant (SHPP). The outcome was the investor’s announcement he was pulling out of the project, as well as that he will seek compensation from the state. Minor injuries were reported on both sides of the fracas.

Locals and members of the Defend Rivers of Mt. Stara Planina movement have been on the barricades on the bridge in the village of Topli Do for more than a month to prevent Gornjak, a company 50% owned by Josić, from starting the construction of the 350 kW SHPP Topli Dol 1 on the Rekitska River. Apparently they have succeeded, making it apparent that without the support of the local population, projects with a great impact on the environment and people can hardly be successful.

Aleksandar Jovanovic Ćuta of the Defend Rivers of Mt. Stara Planina movement told N1 that the investor and the workers had entered the village from the other side, thus bypassing the barricade on the bridge. Clubs were used and stones hurled during the clashes. In the end, the investor left the village with the workers and security.

“The residents just want to save the river and water, and they are taking it from us,” one of the senior citizens on the barricades told N1.

“It was a lynch,” Dragan Josić said, portal Južne Vesti reported, adding that he was disappointed with the police response and that he would abandon the project and demand compensation from the state.

The investor will demand compensation from the state

Josić insisted he wanted to get back the money he had invested back because he was prevented from building the SHPP.

According to Južne Vesti, residents of Topli Do will organize barricades and a solidarity watch until Serbian President Aleksandar Vučić keeps his promise to ban the construction of SHPPs in protected areas. He made the promise during talks with representatives of the Defend Rivers of Mt. Stara Planina movement in late September.

Representatives of the Ministry of the Environmental Protection made a similar promise back in November 2018. Minister Goran Trivan told portal Insider that it takes a while to prepare all the details in the amendments to the law on nature protection, but did not want to specify when they could be adopted.

Aleksandar Antić, energy and mining minister, has said he also advocates a ban on the construction of SHPPs’ in protected areas.