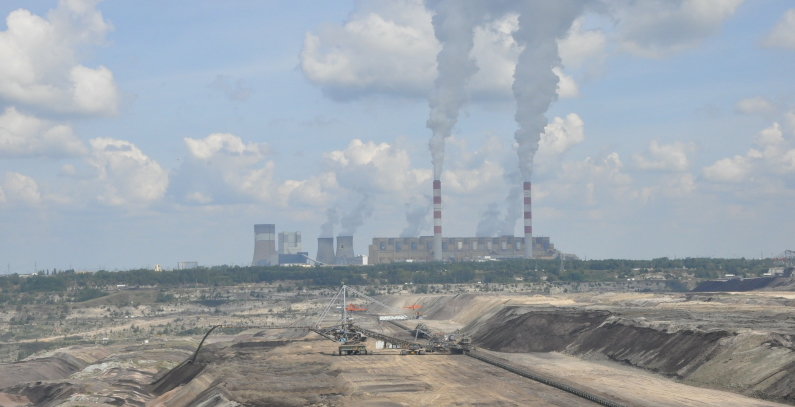 The construction of Kolubara B is planned to start next year. State-owned coal miner, power producer and distributor EPS signed a preliminary agreement with partners from China to install the thermal power plant, holding on to the fossil fuel as the pillar of the energy strategy of Serbia.

An investment of EUR 385 million is underway, Elektroprivreda Srbije (EPS) said as it revealed the ambition to get a new lignite-fired electricity production unit online by the end of 2024. Power Construction Corp. of China Ltd. has signed a preliminary deal, vowing to come up with a detailed proposition within two and a half months to build a coal power plant in Serbia, the first one since the 1980s.

The construction work is projected to begin next year and the contractor, better known as PowerChina, should come up with a plan by the end of next month. The Kolubara B project, at a site just 40 kilometers southwest of the center of the capital Belgrade, was supposed to be finished almost 30 years ago. It was abandoned in an early stage as Yugoslavia was breaking up.

The two sides agreed to include primary and secondary tools for lowering nitrogen oxide emissions, install a desulfurization system and filters for particle matter and to add protection against the pollution from mercury and halogens. They also plan to build a wastewater treatment plant.

Some coal power plants are being overhauled in Serbia as the government claims it can’t rapidly phase out the fuel, but it insists investments in pollution control are substantial and that it is supporting renewables

PowerChina’s representative Yang Bo claimed the 350 MW coal power plant would comply with European Union’s environmental standards and EPS said the unit is necessary for sustainable industrial development in Serbia. The state-owned firm, which also distributes electricity and mines lignite, is counting on Kolubara B to replace older facilities Morava and Kolubara A and to operate by mid-century.

New lignite mine to supply Kolubara B

The location is near the town of Ub and existing open pits, while EPS is working to start exploitation in Radljevo, also within the Kolubara complex. The adjacent mine, with estimated reserves of 395 million tons, is scheduled to be open in 2023.

Serbia is reconstructing some of the capacities and investing in pollution control, arguing that its dependence on coal can’t be resolved swiftly. At the same time, it has stimulated the development of wind farms and small hydropower units. EPS recently continued the stalled projects for renewable energy production at coal pits and an ash and slag pond in Kostolac.

Minister of mining and energy Aleksandar Antić stressed the government has no plans to privatize the company. Local media outlets have learned earlier that the option is under consideration amid pressure from the International Monetary Fund.

The project has been abandoned during the breakup of Yugoslavia three decades ago and again in 2014, when EBRD exited as it was turning away from coal

According to last year’s study, Kolubara B should employ 220 people and one thousand workers will be needed for construction. The endeavor has also been scrapped in 2014 after the European Bank for Reconstruction and Development abandoned it, citing its policy shift away from coal. The coal power plant was supposed to be built in a partnership between Serbia and Edison from Italy. EPS now hinted the cooperation with Chinese companies would be substantially expanded.

The European Union is introducing measures to stop the construction of coal-fired facilities and make operations with the commodity more expensive in order to back cleaner solutions. The affected countries have been accelerating plans for the coal phaseout and the transition to renewable energy sources.