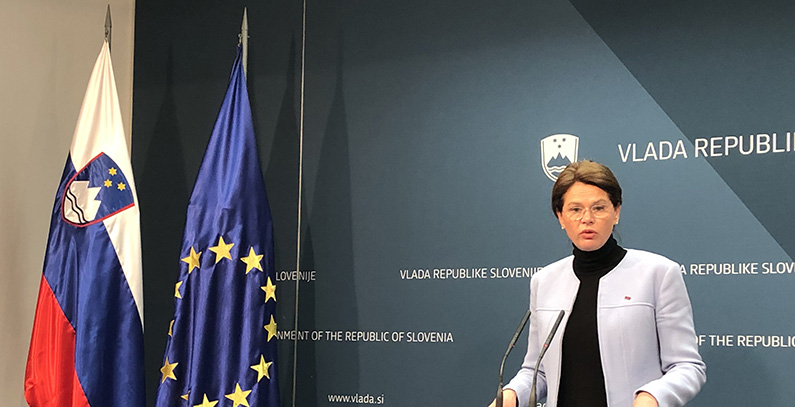 The former Yugoslav republic stays committed to slashing its dependence on fossil fuels and wants to boost self-sufficiency in energy. The objective written in the draft, to be carbon neutral by mid-century at the latest, was kept in the Integrated National Energy and Climate Plan. The next step is the energy concept for the period until 2060.

Hydropower remains the best bet, the government in Ljubljana has decided. It passed Slovenia’s national energy and climate plan for the next ten years after months of discussions and revealed nuclear energy should maintain its share in the mix. The former Yugoslav republic maintained the objective to be carbon neutral at mid-century at the latest, the document showed.

Known for its acronyms NECP and NEKP in English and Slovenian, respectively, it leans on a rise in the use of solar and wind power to meet demand and slash dependence on fossil fuel. Waste coincineration will apparently have a role as well.

The cabinet and minister of infrastructure Alenka Bratušek opted to commission an analysis of the hydropower sector and possible alternatives with regard to the adopted goal to make the country carbon neutral by 2050. During the process, they were criticized for failing to project new capacities of the type.

European Union member states must submit their NECPs to be able to use cohesion funds within the 2021-2027 budget. The Integrated National Energy and Climate Plan for Slovenia, as it is officially called, also refers to the vision to achieve carbon-neutral energy use in buildings by 2050.

Bratušek estimated the policy and measures scheduled until 2030 are “realistically ambitious.” The next step is the long-term climate strategy as the NECP offers a view only through 2040.

The locations for new hydropower plants weren’t specified as projects on the river Sava were given a negative environmental assessment, the minister said and hinted the authorities would address the matter. She vowed to work on finding solutions to make it possible for the proposed facilities to operate “in coexistence with nature.”

As for nuclear power plant Krško or NEK, the government acknowledged the decision on the construction of the second unit needs to be reached by 2027. Bratušek said a carbon-neutral society warrants a coal phaseout and that the issue would be tackled with the production of a national energy concept for the period until 2060.

The new plan also gives a direction for sustainable transport and industrial activities. She said the focus was largely on self-sufficiency in energy and highlighted the risk of a surge in import prices.

The levels set for 2030 are the “minimum” to avoid sanctions, the minister claimed and estimated the state would pay EUR 10 million next year for failing to lift the share of renewables in gross final energy consumption to one quarter.

Coal use will be 30% lower ten years from now, the fifth bloc of thermal power plant Šoštanj will be shut down and imports of the fossil fuel for heating in Ljubljana will stop in the meantime, she reiterated.

Slovenia’s ambition is to reach energy savings of 35%, compared to the EU target of 32.5%. The country is now pushing to boost the share of green energy to 27% from the current 13%, while the 27-member bloc aims at 32%. The decision makers could change the goal in the update in three or four years.