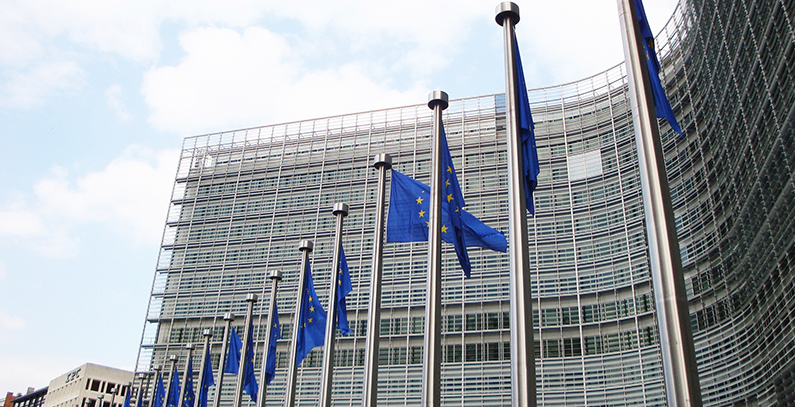 The Sustainable Europe Investment Plan will mobilize at least EUR 1 trillion in the next decade, the European Commission has said. The so-called Just Transition Mechanism, which is being set up by the EU with the responsibility for the green investment part worth EUR 100 billion from 2021 to 2027, comes with a support fund for member states.

The scheme is envisaged for 27 countries, amid the United Kingdom’s intention to leave the trade bloc. European Union officials stressed during the presentation that an additional EUR 260 billion is needed every year to achieve the 2030 objectives. Most is for energy, construction and vehicles. The EU recommends the green investment trajectory in order to slash the emissions of damaging gases by 50% to 55% from 1990 levels compared to the earlier 40% goal.

Budget contributions are seen at EUR 503 billion, activating another EUR 114 billion in cofinancing in national terms

The European Commission suggested to set aside 25% of expenditure for climate action and environmental protection through its programs, for instance the tools for agriculture, urban and regional development, cohesion and the Horizon Europe and Life funds.

The projection was extended to 2030 with the assumption that targets for 2027 would be met. InvestEU should find EUR 279 billion and provide guarantees for EIB and other implementing partners. The bank’s chunk is EUR 250 billion. It doubled its own emissions-cutting goal to one half, translating also to EUR 1 trillion in total, but by 2025.

The Just Transition Mechanism has a social role and it is seen reaching EUR 143 billion in ten years. It was fiercely disputed in the Committee of the Regions and in several countries. In the latest version, the budget flow is propped up with EUR 7.5 billion.

The EU funds for innovations and modernization have a green investment task worth EUR 25 billion, where the latter is focused on member states with low incomes. The facilities aren’t covered by the budget, but are funded from carbon certificate auctions.

For every euro from the just transition fund, countries add EUR 1.5 and up to EUR 3 from the regional development vehicle and European Social Fund Plus.

It comes in at EUR 30 billion to EUR 50 billion over seven years, mainly for grants across regions with many workers in coal and shale exploitation or greenhouse gas-intensive industries. They get a chance to acquire skills for other jobs or to start businesses, while a part of the money is for energy transition and efficiency.

InvestEU has its own solidarity component and the intention for it is to mobilize EUR 45 billion. EU is planning green investment in decarbonization, diversification among the regions, energy, transport and social infrastructure.

The solidarity component within InvestEU comes in at EUR 45 billion

Other items come with between EUR 25 billion and EUR 30 billion for concessionary loans for the public sector. Inter alia, they are directed toward district heating and refurbishment of buildings. The commissioners say they would announce the draft legislation in March.

The biggest operations in coal extraction and thermal power plants using it are in Poland, Bulgaria, the Czech Republic, Germany, Greece and Romania. The executive body of the EU highlighted the example of green investment in the transformation of what used to be a coal mine in Katowice in Poland into a culture complex with a museum, congress and concert halls.

As for the cases in our region mentioned in the documents, there is the credit line of EUR 130 million approved together with the European Bank for Reconstruction and Development for the combined production of power and heat in Zagreb. It is replacing the obsolete turbines and boilers on oil and natural gas.

Within the Life Programme, harmful refrigerants in commercial devices are being substituted with carbon dioxide, lifting efficiency by at least 10% and lowering the installation and maintenance expenses.

Von der Leyen: We shall help those that must do more than others

The transformation ahead of us is unprecedented. And it will only work if it is just – and if it works for all,” said Ursula von der Leyen, the new president of the European Commission. She added the EU would help secure the green investment package doesn’t go past the people and regions that need to make bigger efforts than others.