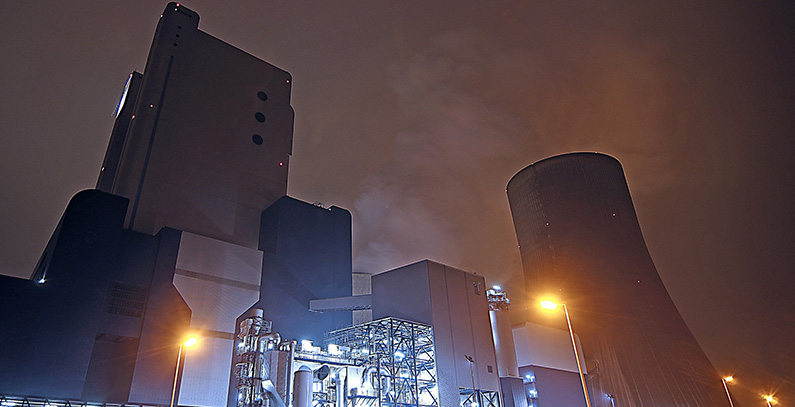 The European Green Deal and the European Investment Bank’s exit from fossil fuel projects prompted the suspension after 5% of the unit was completed. Two government-controlled enterprises have legal challenges and are burdened with emission expenses. Coal is now less likely to be used in thermal power plant Ostrołęka C if works continue.

State-owned electricity producers are reportedly negotiating with General Electric Co. about the possibility to fuel a power plant under construction with gas instead of hard coal. The Ostrołęka C unit in northeastern Poland is projected for 1 GW and budgeted at EUR 1.4 billion. The project has just been suspended and officials cited the lack of funding sources and changes in European Union’s policy and strategy for coal and thermal power plants.

The development of the new unit was halted already in 2012, but the government restarted it in 2016. The review will be finished by May 7, said Energa SA, which leads the last remaining project to burn coal in Poland. The contract with GE provides the possibility of a suspension of up to three months.

The review will be finished by May 7, Energa said

Enea SA is Energa’s partner in Ostrołęka C. Environmentalists from ClientEarth, a shareholder, managed in August to get the board’s decision to authorize the project declared invalid in court. Then, in November, Enea was told to disclose documents on feasibility, which the firm from Poznań failed to before the freeze.

The ongoing revision is comprehensive, Energa said and noted it is working on technical, technological, economic, organizational, legal and financial aspects. The suspension was declared following the adoption of the European Green Deal and the change in the European Investment Bank’s rules on lending.

Another important factor is the Polski Koncern Naftowy Orlen SA’s attempt to take over Energa. The company has said it is against using coal for Ostrołęka C. The refiner also known as PKN Orlen revealed it would consider natural gas.

Deputy prime minister Jacek Sasin, also in charge of state assets, claimed there is no doubt the thermal power plant would be built, but that the question is on which fuel it would run.

The unit is 5% finished. Energa and Enea are at risk of cancellation fees for contractors and other expenses. Ostrołęka C may need subsidies to continue in the original form due to the burden of the EU’s emissions certificates.

Poland excluded itself from the bloc’s latest environmental pledge. The share of coal in its power system is three quarters. The country has almost 140,000 workers in the coal sector and the change in overall conditions is starting to take its toll.

Of note, Greece’s PPC is reviewing its plans for Ptolemaida 5. The lignite-fired thermal power plant should be finished by September and the state said it would phase out coal by 2028. Officials said they are considering a switch to gas down the road or even biomass and waste or a combination of fuels.

The power plant’s 610 MW should be built for EUR 1.5 billion. The utility asked Mitsubishi-Hitachi to produce a study about the alternatives.

Germany is testing the Datteln 4 thermal power plant, which utilizes coal. The government is arguing the new facility in North Rhine-Westphalia is getting online only after the shutdown of other turbines on fossil fuels.