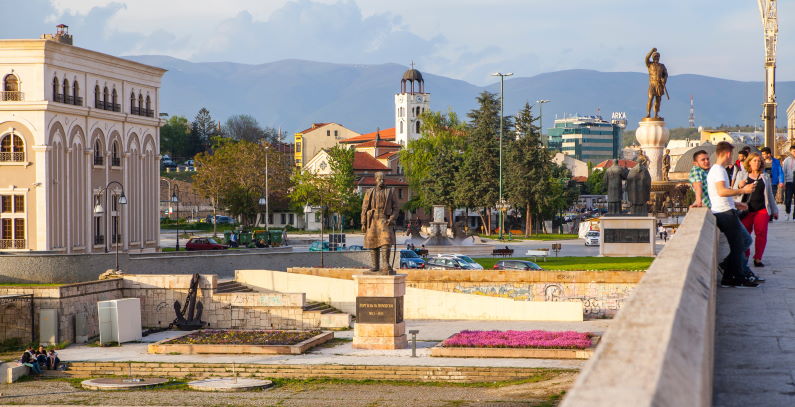 North Macedonia set six main tasks for the next four years including environmental protection and sustainable development. The cabinet of Prime Minister Zoran Zaev promised to improve air quality, prosecute those who pollute and endanger health and to invest in mobility, renewables and energy efficiency.

Prime Minister Zoran Zaev and his new cabinet said environmental protection and green development in North Macedonia is one of the priorities for the next four years. Following general elections, the government won parliamentary approval last week. It has six pillars in the program, and the others are MK Restart – economic transformation, beating COVID-19, care for all, order and justice and joining the European Union.

By 2024, all state institutions will abandon obsolete and environmentally damaging heating systems and switch to the district energy network, gas, highly efficient inverter air conditioners or heat pumps, the authorities claimed. The government said it would ramp up and integrate environmental inspection by year-end so that it is active 24 hours a day.

All government institutions must have environmentally friendly heating systems by 2024

The document reveals more air quality monitoring stations would be installed and that maximum allowed levels of pollutants would be lowered.

Penalties for breaches of environmental protection rules will be raised and those who pollute and endanger health for profit will face criminal charges and lose licenses, according to the program.

Zaev’s cabinet committed to planned greening for the first two years, especially in the cities with the worst air quality. The measures include green corridors and green walls, afforestation (for instance in army barracks) and green zones around industrial facilities.

The changes are planned to be focused on public transportation as well. Support for capital city Skopje to introduce the Bus Rapid Transit system with low-emission vehicles is in the pipeline. The endeavor is financed by the European Bank for Reconstruction and Development.

North Macedonia will roll out a more comprehensive system of subsidies and tax incentives for electric and hybrid vehicles and purchases of bicycles, the green development program reads. EUR 5 million is earmarked for energy efficiency in public institutions for the first two years.

Renewables seen at over half of electricity capacity

One of the most ambitious goals is lifting the share of renewables in power generation capacity to above 50% by 2024. Waste management and land recultivation plans will be obligatory for mining, according to the decision makers. They also vowed to ban the construction of small hydropower plants in protected areas.

On the other hand, the new government kept the plan for extending the lifespan of the REK Bitola thermal power plant for two decades and opening an accompanying coal mine.

Minister of Environment and Physical Planning Naser Nuredini added waste and wastewater management and securing drinking water for all citizens to the list of crucial needs. “We cannot forget the climate crisis the whole world is facing,” he said.

Nuredini held the same post in Zaev’s previous cabinet and in the interim government of Prime Minister Oliver Spasovski. A former market analyst, he was educated in Austria, Germany and the United Kingdom and also has Austrian citizenship.