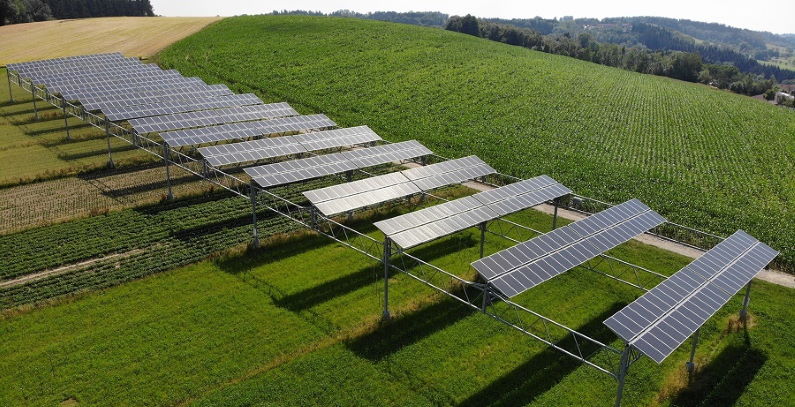 Thalis Engineering is tasked with studies, installation and management of the first agrivoltaic plant in Cyprus on behalf of Royal Valley. The pilot project is for a simultaneuos production of electricity, with a capacity of almost 13 MW and a battery system, and agricultural activity.

The Department of Agriculture of the Ministry of Agriculture, Rural Development and Environment of Cyprus supported the development of an agrivoltaic solar power plant in Potamia, Philenews reported. It learned the institution is pushing for the project, valued at EUR 14 million to EUR 15 million, to obtain permits.

Agrivoltaics or agrophotovoltaics – APV combine solar energy with agricultural production. Land use conflicts have been escalating with the expansion of photovoltaic technology. Environmentalists and farmers have raised the issue of taking up space which should be used for the production of food. For instance, Greece and Cyprus have limited arable land.

The future agrovoltaic park is located near Nicosia and it would be the first in Cyprus. It belongs to Royal Valley, controlled by Cypriot shipowner Andreas Hatzigiannis.

The report adds the capacity would be almost 13 MW, one of the biggest in the country, but also that a battery system of 6 MWh is planned. The news outled revealed the memo was sent on August 25.

The Agricultural Research Institute will be responsible for oversight, so that the condition that aromatic plants must be grown is respected

The department is said to have declared the endeavor to be a pilot project so that it can’t be used as precedent for other investments. The report adds mostly aromatic plants would be grown in the field and that the Agricultural Research Institute would monitor the activity for compliance with the terms.

Start of production seen by end-2021

The design apparently includes single-axle frames, enabling panels to turn from east to west during the day and Thalis Engineering was tasked with studies, installation and management. According to unnamed sources, Royal Valley intends to complete the agrivoltaic farm by the end of next year, when a competitive electricity market should be fully established in Cyprus.

In most cases, the said method implies setting up the panels at a height of three to five meters. Thalis Engineering claimed the shade from the installation would be beneficial and that the herbs would be protected from excessive evaporation. In return, the vegetation lowers the temperature, boosting the solar power plant’s efficiency.