Protests against hydropower planned across Balkans from July 6-16 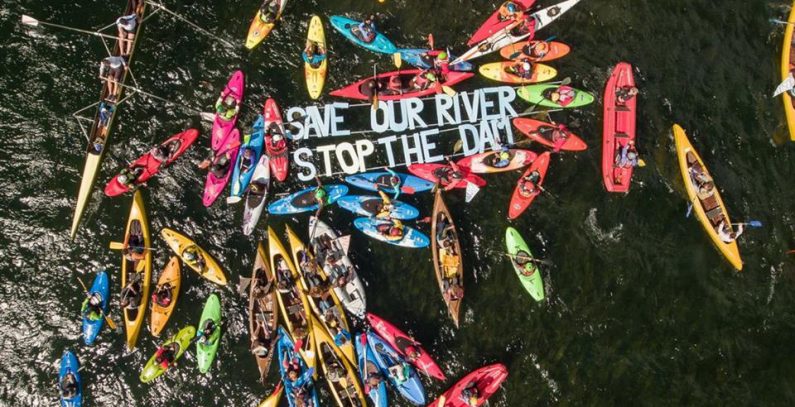 Environmental activists and civil society organizations (CSOs) from across the Balkans are organizing protests under the slogan “Our rivers – No DAMage!” in July over hydropower projects threatening to leave local populations without homes, arable lands, drinking water, and irrigation supply, or the landscape they have enjoyed for generations.

The protests against hydropower plants (HPPs) in the Balkans, notably small hydropower plants (SHPPs) will be organized from July 6 to 16, in Albania, Serbia, Kosovo*, Montenegro, North Macedonia, Slovenia, Bosnia and Herzegovina, and Greece.

One of the largest protests organized by the Defend Rivers of Mt. Stara Planina movement was held in Pirot on September 2, 2018, when thousands of people gathered to protest the construction of small hydropower plants in protected areas. The next major protest was held in Belgrade on January 27, 2019, when thousands demanded the end of the construction of small hydropower plants.

The stories of dam-affected people from across the region are available on the Save the Blue Heart of Europe campaign’s website.

The Save the Blue Heart of Europe campaign aims to protect the most valuable rivers in the Balkans from a “dam tsunami” of about 3,000 planned projects, according to its website. The campaign is coordinated by the NGOs Riverwatch and EuroNatur and carried out together with partner organizations in the Balkan countries.

The foundation Manfred-Hermsen-Stiftung for Nature Conservation and Environmental Protection supports the Action Weeks for Balkan Rivers, according to the campaign.

(click on the links for more detailed information on individual actions, scroll for English)