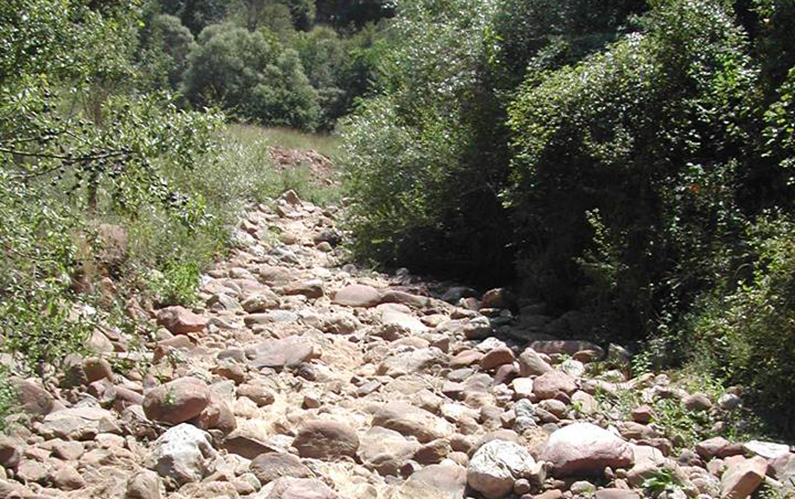 The initiative Defend the Rivers of Mt. Stara Planina will hold a rally to protest the construction of small hydropower plants (SHPPs) in Belgrade on Sunday, with the official start scheduled for 1 pm at the Studentski Trg square. The only demand is to immediately halt the construction of all run-of-river SHPPs in Serbia, according to the organizers.

According to the initiative, the protest will be held over the construction of run-of-river SHPPs jeopardizing rivers, nature, and flora and fauna at a number of locations in Serbia, as well as due to the fact that none of the line institutions has attempted to stop the construction of SHPPs. 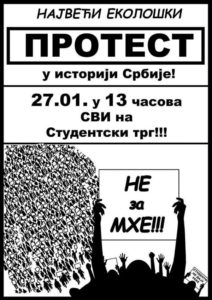 The rally will feature a range of speakers, with a protest march to the main government building on Nemanjina Street to begin at 2:30 pm.

Dušan Bodiroga, an administrator and volunteer of the Defend Rivers of Mt. Stara Planina, has called for a massive turnout at the rally.

“Let’s say ‘no’, loud and clear, to run-of-river SHPPs and corruption and crime,” Bodiroga wrote on social networks.

A number of professors, actors, and environmental activists from the country and abroad have turned to social media to urge citizens to take part in the protest. Many of them say that the protest in Belgrade on January 27 will be the largest-ever environmental gathering in the history of Serbia.

Ulrich Eichelmann, CEO of environmental non-governmental organization RiverWatch, warned in a video message that Balkan rivers are threatened by “a dam tsunami.”

This is especially the case in Serbia – “the guys are trying to steal your rivers. Please protest! There is a great opportunity on January 27, one o’clock,” he said.

Ivan Karić, state secretary at the Ministry of Environmental Protection, said in November last year that the ministry had prepared a draft law to ban the construction of SHPPs in protected areas.

Experts have also voiced opposition to SHPPs. The deans of the university schools of forestry, biology, geography, and mining and geology, as well as the director of the Siniša Stanković Institute of Biological Research, have sent an open letter to Minister of Environmental Protection Goran Trivan and Pirot Mayor Vladan Vasić expressing concern regarding the conservation of natural resources.