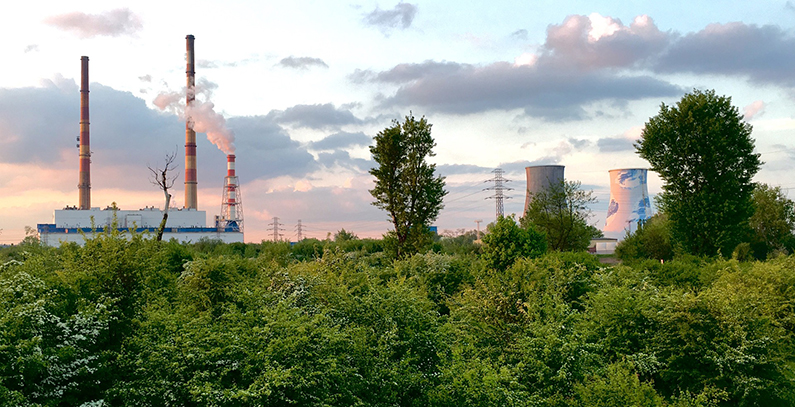 Members of parliaments of Bosnia and Herzegovina and Serbia have been deceived with “false information” when they adopted guarantees for two coal-burning blocks financed by China, according to documents seen by Unearthed. In feasibility studies for new thermal power plant projects Tuzla 7 and Kostolac B3, respectively, expenses for greenhouse gas emissions are strongly belittled while the impact on the environment and health wasn’t calculated at all, previously uknown data showed.

The two countries have the obligation to join the emissions trading system, ETS, in the process of entering the European Union. Lawmakers have passed the new thermal power plant laws, essentially switching the responsibility to future taxpayers.

Frede Hvelplund, who teaches energy plannning at the Aalborg University in Denmark, claimed the mistakes in the studies are so big that they were made due to “either bias or stupidity.” The report adds the potential spread of the pollution beyond borders has been neglected and that in projections most of early deaths really occur abroad.

Murder of lake presented as recultivation

Tuzla 7 was envisaged with the capacity of 450 MW, where most of the costs would be paid for from a loan taken from China’s ExIm Bank. The contract for EUR 613 million for the addition to the existing facility was signed in 2017 and Gezhouba leads the efforts in construction. The firm is also based in the most populous country. Total value is EUR 722 million.

The new thermal power plant project includes an ash landfill at a site in Šićki Brod where there is now a lake with clean water. The article points to a part of the study referring to the transformation as the last phase of the “recultivation” of what used to be a mine.

The Japan International Cooperation Agency (JICA) and Mitsubishi Hitachi expressed interest in 2014 but they stopped negotiating after their study suggested too much political instability and that the endeavor wouldn’t be cost effective. The authorities then hired Delphos International from the United States.

The official version doesn’t calculate payments for harmful gas emissions through 2034. Apart from that, the baseline after that is EUR 7.1 per ton of carbon dioxide, which is an average for the period between 2006 and 2018. Journalists from the platform affiliated with Greenpeace UK stressed the price is currently EUR 26.

Kopač: Bosnia and Hercegovina has most breaches in region

The director of the Energy Community Secretariat warned parliamentarians in the Federation of BiH that Bosnia and Herzegovina is at the lowest position in the Western Balkans or first in rule violations. They are nine in total. The share of energy from renewable sources is just 25%, and laws on gas and electricity still haven’t been adopted, Janez Kopač stated.

The electric power system must be reformed, Kovač underscored. He noted the Balkan state must separate the transmission and set up the wholesale framework. He also pointed to the domination of three government-controlled power companies.

The full guarantee given to Elektroprivreda BiH for Tuzla 7 is illegal as only up to 80% is allowed, Energy Community Secretariat’s director asserted

Turning to Tuzla 7, FBiH provided the guarantee to EPBiH for 100% of the investment and only up to 80% is allowed, the director said. He underscored indications that 16 thermal power plants in several countries of the region pollute as much as all 250 such units in Europe with sulfur dioxide and nitrogen oxides.

Immediately afterward, the secretariat went further in the dispute about the new thermal power plant in Tuzla by sending a reasonable opinion about the state guarantee.

Serbia is developing the third block in Kostolac, worth USD 613 million. ExIm Bank’s credit from 2014 covers 85% of the new thermal power plant just like in the neighboring country. The capacity is 350 MW. An umbrella project also covers the expansion of nearby coal pits, but the effect of increased exploitation has apparently been omitted.

Expenses on carbon credits aren’t subtracted “because it is assumed that state of Serbia will overtake eventual obligation of payment,” the feasibility study reads. The cost of emitting one ton of the gas is put between USD 6.55 and USD 13.1 or EUR 5.9 to EUR 11.8.

The document does however place the upper end as unacceptable and making the endeavor unprofitable, but the price is already more than two times higher than in the most pessimistic scenario! At the same time, the assumed coal price is USD 17.56. The article’s author Eleanor Rose cites local activists saying USD 25 per ton is currently more realistic.