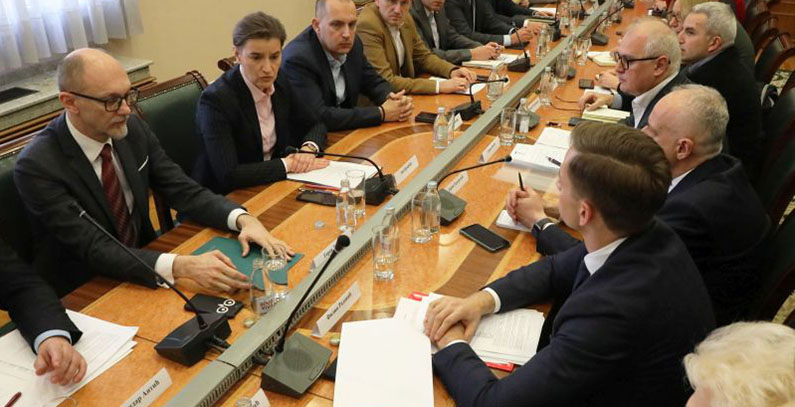 Following ombudsman Zoran Pašalić’s decision to start the review of the work of the Ministry of Environmental Protection of Serbia and six municipal authorities due to air pollution, the Government of Serbia held an emergency meeting. It pointed to individual heating furnaces, effectively citizens, as the main factor in the issue, and announced it would form a workgroup.

Balkan Green Energy News spoke to experts about what to expect in Serbia after the latest moves by authorities relevant for air pollution. They said the worst that can happen is no change at all, while that the best version would be the adoption of an action plan, which could lead to results within a year or two.

The levels of the harming, suspended particles PM2.5 and PM10 in a large number of places in Serbia in the past months (or rather past years) are above allowed limits, causing a surge in frustration among citizens, so authorities responsible for the matter made the decision to react. First, earlier in the week, the ombudsman started the procedure to check what the Environment Ministry and six municipal authorities are doing, which was followed by the government’s emergency meeting.

The workgroup will coordinate the work of all state institutions, it will inform the public, suggest measures for Serbia to implement in environmental protection and analyze their effects

After the meeting, Prime Minister of Serbia Ana Brnabić stated there is no room for panic and asserted that air pollution isn’t drastically bigger than in the previous years, the local media reported. The Government of Serbia will, the press release revealed, form a panel to coordinate the work of all state institutions, it will inform the public, suggest measures to implement in environmental protection and analyze their effects.

In her words, the crucial issues in Serbia regarding air pollution are individual furnaces.

The share of citizens not connected to district heating systems is 60%, so they use fuel oil, coal, wood, but people burn all sorts of stuff in general and it’s a separate problem, she stressed and added more intensive traffic is also a problem, so that capital Belgrade has 80,000 vehicles more than five or six years ago.

Goran Trivan, environnmental protection minister, told public broadcaster RTS that it was agreed at the government’s meeting to introduce measures due to polluted air, but that cabinet members didn’t discuss any particular measure.

Trivan: We asked local authorities in Serbia in a letter what actions they took regarding air pollution

Reacting to the decision by the ombudsman to start the procedure against the ministry, he said for state-owned news agency Tanjug that it is doing everything in its power to solve the issue.

Near the end of last year, the ministry sent a letter to local authorities, asking what actions they took about air pollution.

Out of 145 entities that were contacted, 66 answered. Only 29 said there are plans in place regarding air quality, 21 replied they have no intention of introducing them, and 16 informed the ministry they are working on them or that they would perform the measurements needed for the preparations, he said.

BGEN – How do you comment the moves the ombudsman and the Government of Serbia made?

Mirko Popović, Program Director in NGO RERI: What were they waiting for until now? 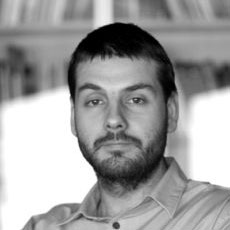 The ombudsman’s reaction is good, but late. It is a reaction to pressure by the media and citizens and not the consequence of him realizing he was supposed to do it. Air pollution has been a problem for years and Serbia identified it, so it’s nothing new for holders of public office. On top of it all, the European Union is warning us all the time that there is no adopted strategy of air quality protection, that half of the local authorities in which air is in the third category doesn’t have air quality plans…

The Law on Air Protection is 95% compliant with EU standards, but it is not being implemented.

Local authorities in Serbia where air is in the third category, meaning it is excessively polluted, have the obligation to make an air quality plan and define the measures to lower the levels of harmful particles to become acceptable. Belgrade adopted the plan in 2016, so what was the ministry waiting for to start controlling its implementation, and do the same in other cities as well? It is irresponsibility both in the central and local levels.

Prof. Vladimir Đurđević, Faculty of Physics in Belgrade: If there were no apps…

The ombudsman’s move is good, as we must find out once and for all what causes pollution, to make it clear why it happens and which measures must be undertaken or why the measures weren’t introduced by now. 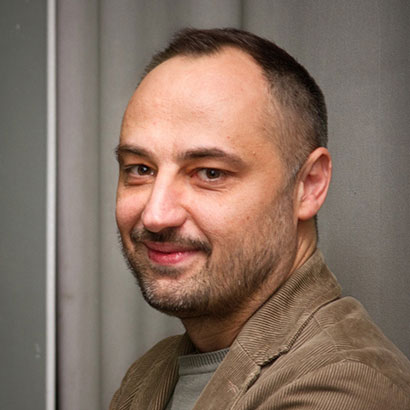 Everyone familiar with air quality knows the situation has been bad for years. But expertise wasn’t enough to start acting in some way, so increased interest expressed by citizens led the issue to surface.

What we saw was the power of what is today called open data. All the information on air pollution was on Serbian Environmental Protection Agency’s website even before, but it wasn’t presented clearly enough to the people to understand the matter.

Applications made it possible for the data, which scientists understand, to be understood by ordinary citizens as well. That is why I would suggest the apps for an award for ecology, as this is the way to increase awareness and reach a solution.

BGEN – Will the moves by the ombudsman and the Government of Serbia lead to a reduction in air pollution?

Mirko Popović, Program Director of NGO RERI: Nothing will happen

We haven’t now faced pollution, but the fact that those in public offices aren’t capable of doing their jobs. I don’t intend to exculpate the minister, but the government has for years pushed to prevent stable financing of environmental protection.

I don’t think anything would happen in the end, as the people who run the country don’t want to protect the environment but to take advantage of it. We will have cosmetic measures, maybe some political heads will roll to cover everything up… Many people need to be ousted in the first step, but it won’t happen.

We can’t expect results exceptionally soon, for instance in the next several months, but this is an opportunity to adopt within weeks a strategy with clear goals and responsibilities so that in a year or two we have some tangible results.

The government should pass an action plan to regain the citizens’ trust that the problem would be solved, instead of waiting for wind to blow for the pollution to disappear.

Slobodan Minić, special consultant in the Fiscal Council, told Balkan Green Energy News the thermal power plants owned by EPS are individually the biggest polluters of the environment in Serbia and that it is a direct consequence of the lack of past sufficient investment.

Almost EUR 600 million in investment is needed for the reduction of the emissions of sulfur dioxide, nitrogen oxides and dust

The panel’s analysis led to the conclusion that out of the originally planned EUR 1.2 billion for investment to cut excessive pollution, only close to a third of planned projects were executed by 2018.

Consequently, no thermal power plant run by EPS met all domestic environmental rules that year. And they had some of the highest emissions of sulfur dioxide in Europe.

It is especially concernning that there are obvious problems with some projects that are already finished: even though the facility for flue gas desulfurization in TPP Kostolac B was built in 2017, available data show it didn’t yet begin to be used in full capacity, Minić asserted.

In order for EPS to harmonize the work of its thermal power plants with environmental regulations and bring environmental pollution to a reasonable level, it needs to invest around EUR 800 million in existing systems.

Most of the money, almost EUR 600 million, needs to be spent to slash the emissions of sulfur dioxide, nitrogen oxides and dust.

With its national emission reduction plan, Serbia made a commitment to the EU that all these projects would be done through 2027, Minić underscored.