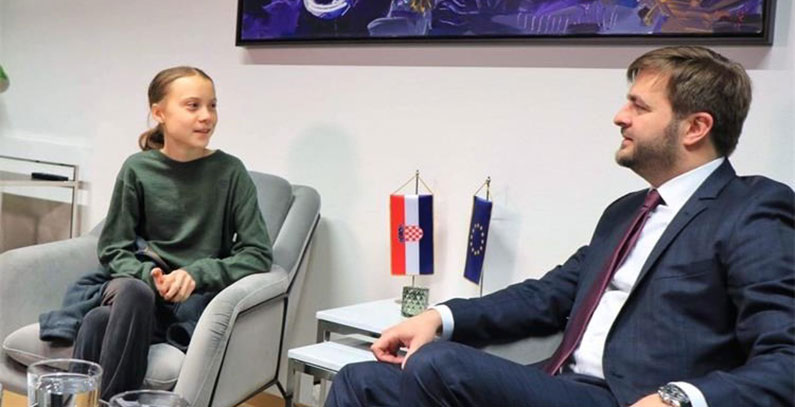 Croatia will begin implementing a new model of incentives to support renewable energy sources which envisages introduction of premiums. The first auction, according to local media reports, will take place in April.

A few days ago, the Croatian Parliament adopted the new national Energy Sector Development Strategy until 2030, with projections until 2050 and finished the debate on the Draft Climate Change Adaptation Strategy for the period until 2040 with a view to 2070.

Minister of Environmental Protection and Energy Tomislav Ćorić said that the first auction will be designed for power plants of lower installed capacity.

Upon the completion of the procedure envisaged by the European Commission, an auction for  power plants of higher capacity will follow, Ćorić said, portal Glas Istre reported.

The Minister underlined that Croatia is devoted to the sustainable development goals and the European Green Deal in all its strategic documents, which means that private sector and other sectors should do business in line with the highest ecological standards.

The Energy Sector Development Strategy acknowledges this orientation, primarily through the promotion of renewables, Ćorić added.

The strategy envisages the increase of share of renewables in gross final consumption to 36.4% until 2030.

Of note, minister Ćoric and environmental activist Greta Thunberg met in Brussels ahead of the Environmental Council. She was invited by Croatia, which holds the presidency of the Council of the EU, to address EU ministers.

During the presentation of the Draft Climate Change Adaptation Strategy for the period until 2040 with a view to 2070  in the Parliament, the State Secretary at the Ministry of Environmental Protection and Energy Mile Horvat said that Croatia is one of three EU countries that has not yet adopted this document.

He said that the annual cost of implementation of the strategy was estimated at around HRK 1.3 billion (EUR 183 million). He compared this amount with the amount of damage caused by climate disasters, estimated to date at EUR 295 million a year.