Government is most responsible for air pollution in Serbia 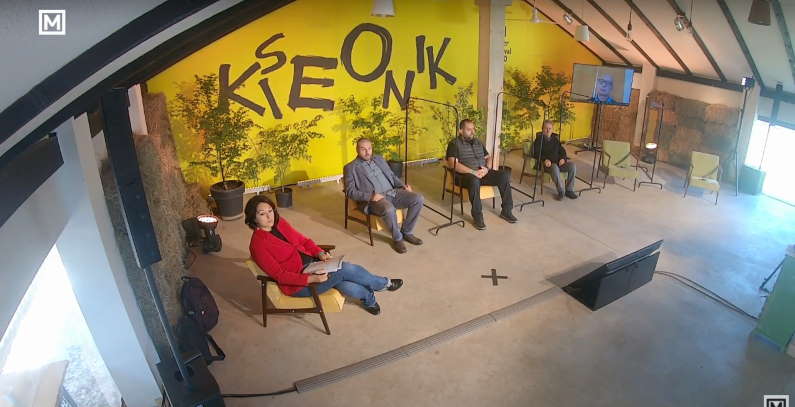 Air pollution reached alarming rates a long time ago and most of the blame is on the hands of the government, according to participants in a discussion about the fight for oxygen in Serbia held within Mikser Festival. They also pointed to irresponsible behavior among industrial producers, but also to the consequences of citizens’ detrimental habits, and called on a dialogue in the society aimed at the improvement environmental quality.

Visitors of Mikser Festival in Belgrade and those who watched it via video stream heard during a discussion on air quality that waste is being sold to be burned in boilers for heating and that we breathe harmful plastic particles. Serbian Environmental Protection Agency, SEPA, didn’t send a representative to the panel dedicated to the fight for oxygen. Mirko Popović, Program Director of the Renewables and Environmental Regulatory Institute (RERI), said the empty chair shows the government isn’t ready for dialogue on air pollution.

The adoption of an air protection strategy is five years late and no penalties are envisaged for delays, just like in other cases, he asserted. Popović said air is very polluted in 11 cities but that the phenomenon likely affects a much larger population than what official reports show as data isn’t available for areas with 4.5 million inhabitants.

RERI’s Popović: The government is selling citizens’ lungs and the air to overseas investors

“The essential purpose of the state is to protect the citizens of Bor. The state has established instruments. Among others, the inspection that controls the operator’s activity is authorized to temporarily halt it,” Popović stated. In his words, the essential issue is why inspectors in the said city and in Smederevo, Obrenovac and Lazarevac and other places don’t shut off the plant when pollution exceeds allowed limits.

“If it doesn’t do that, we can really say the state is selling citizens’ lungs and the air to foreign investors. The equation is very clear”, he stressed and added there is a lack of mechanisms for law enforcement. Popović said that experts must be included in the efforts to reduce air pollution in Serbia.

Air pollution in general and the presence of microplastics and nanoplastics both in air and water are being linked more and more, according to recent scientific discoveries, with not only respiratory and cardiovascular diseases, but many others, said Miodrag Stojković, a professor of human genetics and embriologist.

Washing and drying of clothes releases 700,000 microplastic particles per round.

He cited possible genetic disorders, early disorders in the development of the heart and lungs system as well as sterility, but also that bad air affects the conditions for in vitro fertilization. Stojković said tiny particles connect with heavy metals and organic substances and enter the organism and that they may cause neurodegenerative conditions.

They also come from textiles and car tyres and other synthetic materials, he underscored and added washing and drying of clothes releases 700.000 microplastic particles per round. Particles from seas and oceans reach plants and the food chain through rain, he warned.

Toplica Marjanović, environmental protection engineer and activist from Bor, said industries must listen to what the local community has to say and to implement measures to lower or eliminate pollution. He claims significant progress was achieved in the mining and smelting complex in Bor before Zijin took it over and that now the situation is worse than until 2015.

“The goal of industrial producers is to make profit. An owner of those processes covers environmental expenses only partly. The healthcare insurance fund is burdened with the damage inflicted on health and the retirement fund must bear the brunt of disabilities”, Marjanović said and pointed to the damage to crops that farmers face.

Serbia is a “terribly irresponsible society” and the government denies air pollution or its representatives just say – “So what?” – according to Predrag Voštinić from the Local Front movement from Kraljevo. “The state is absent from this area,” he stated and expressed the opinion that it can’t be replaced by citizens and activist groups, and not even politicians.

Voštinić said packed plastics and old clothes and shoes can be bought for less than EUR 2 in bags that fit boilers for heating. He criticized the representatives of the government that are trying to equate pollution and economic development, but he also stressed all sides should participate in dialogue.

Tags: air pollution, air quality, environment, Mikser, Mirko Popović, RERI, SEPA
READ NEXT: European Green Deal tells us decarbonisation is possible not only in the EU, but everywhere
Home » News » Environment » Government is most responsible for air pollution in Serbia