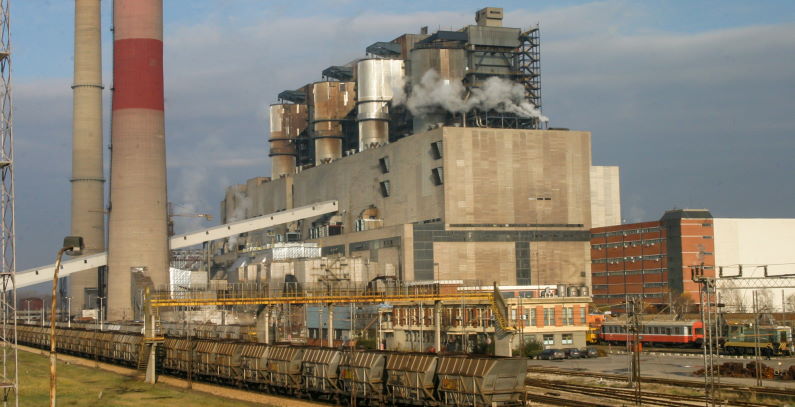 Environmentalist organizations and activists claim Elektroprivreda Srbije, EPS, won’t be able to obtain the necessary integrated license for its biggest thermal power plant TENT A by the end of the year at the current pace. At a public discussion on the environmental impact assessment study for most of the facility, the author acknowledged the aim of the document is to meet formal requirements for the reconstruction of two units.

Serbia’s national coal and electricity producer Elektroprivreda Srbije (EPS) held today the presentation of an environmental impact assessment study for its 1,745 MW coal thermal power plant Nikola Tesla A – TENT A together with a public discussion. Civil society organizations and representatives of citizens and academia said the document was far from acceptable and stressed all such systems in Serbia need to be shut down as soon as possible.

EPS needs to get the study approved to be able to begin the planned overhaul of units A1 and A2. The procedure is being conducted because TENT A still isn’t officially legalized even though it is five decades old.

Branislav Krstić from Delta inženjering, the company which produced the study, admitted it is flawed and vowed to improve the content in cooperation with EPS and in line with the suggestions.

The engineer insisted the document is “preliminary.” The power plant formally doesn’t exist and the point of the procedure is not the environment but to legalize the thermal power plant so that it could be upgraded, Krstić stated.

The public enterprise said it excluded blocks A3 to A6 from the assessment. It argued they all have the capacity above 300 MW each, which means it must bring them into compliance with the European Union’s Directive on Industrial Emissions by the end of 2023.

TENT A must undergo legalization procedure before it can be upgraded

The critics pointed out the deadline for obtaining the integrated pollution prevention and control (IPPC) license is December 31 and that the company is long overdue to fulfill the legal obligations as with other matters as well. The government secured massive loans to develop more lignite deposits and build two more thermal power plants, arguing they would replace some of the obsolete units.

Activists accused EPS at the event in Obrenovac, the municipality in Belgrade territory where thermal power plants TENT A and TENT B are located, of planning to increase coal capacity instead of reducing it. In their view, investments must be directed into energy efficiency and renewables. The environmentalists and concerned citizens directed objections at EPS in several areas.

The company was criticized for allegedly attempting to divide the project for separate environmental assessments, an approach called salami slicing. It’s not supposed to be able to get the IPPC license without showing the entire supply and pollution chains.

The participants at the discussion raised the issue of ash and wastewater and especially the exclusion of units A3, A4, A5 and A6. Krstić replied the other segments were covered with different studies and that the method was applied with the aim to get necessary permits.

An external laboratory measured air quality in 2018 for the study, leaving a gap of one year. Furthermore, the data was for the period from April to December and the authors left out the months when air pollution tends to be the highest. Some of the documents they refer to are as much as five years old.

Krstić said they didn’t receive up-to-date information and promised to take into account the National Plan for the Reduction of the Main Pollutant Emissions from Old Large Combustion Plants, which is how Serbia calls its national emissions reduction plan – NERP.

The firm’s representative failed to clarify why the obligatory environmental approvals from relevant institutions were missing from the documentation. The impact on plants and animals was described only in general terms and Krstić acknowledged sources were omitted.

The study lacks the definition of the surfaces for the measurement of particular matter or PM, which is the harmful fine dust generated during combustion and dispersed into the air.

There was no mention in the document about the effect of the operations of the TENT A coal-fueled power plant in terms of climate change. The authors failed to refer to the European Union’s legislation and the emissions of carbon dioxide as well as to their expected increase when the desulfurization system is eventually installed.

According to Krstić, they will “seriously work on” both sulfur dioxide and CO2 in the next version.

Asked why other locations or technologies like biomass weren’t considered, Krstić replied the assignment was to picture the current condition.

The critics challenged the study’s relevance also because there was no word on what happens when the wind disperses the ash, collected with filters, and other pollutants to hundreds or thousands of kilometers away. They said the affected countries must be informed about the cross-border impact.

The study contains no data on the damage for public health in the vicinity and farther away nor does it reveal if it is possible to eliminate excess power, which is exported, by reducing output, the activists underscored.