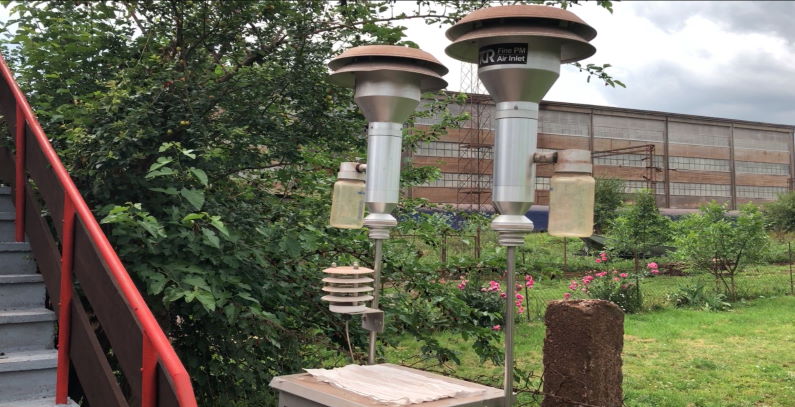 Some automatic stations that measure air pollution in Serbia were out of service for years and others recorded partial or unreliable data amid a lack of funding. The state lowered reporting standards since the system was rolled out ten years ago.

The capacity of domestic automatic monitoring stations has been decreasing since 2010, when they were introduced, the Center for Investigative Journalism of Serbia (CINS) found, citing data from the government agency responsible for measuring air quality. The report indicates most of the official reports from 2014 to 2018 are “useless”. Air pollution data for last year in Serbia are yet to be published.

All stations should work at full capacity for the information to be reliable, according to experts quoted in the article. It offers the example of Radinac, a village where Serbia’s only steel mill Železara is located. Locals are complaining of “steel dust” and “red rain” and activists have challenged the compliance with environmental rules.

Hesteel Group’s HBIS Group Serbia Iron and Steel took over the facility on the territory of Smederevo in 2016. The research results revealed air pollution in the city wasn’t graded at all from 2015 to 2017. Namely, two monitoring stations there have apparently been out of service.

Some data was available for 2018 for Smederevo and the automatic measuring unit in Radinac worked for only 15 days last year, of which limits were breached on 11 days. The report adds the steel plant also has one monitoring station.

The media outlet’s analysis uncovered issues in other places as well. Some stations in Serbia monitored air pollution on a limited number of days or excluded some of the parameters, while others have been shut down.

There was no data for Kosjerić, one of the most polluted towns, for three years. Anomalies were registered for Belgrade, Beočin, Loznica, Čačak, Niš and other areas as well.

Between 50% and 80% of data released by Serbian Environmental Protection Agency (SEPA) have been unworkable, CINS said. Some cities were thus marked unpolluted, like Niš in 2018, when there wasn’t enough information about the presence of suspended dust particles, known as PM.

No use from quality under 90%

Associate Professor Vladimir Đurđević from the Faculty of Physics in Belgrade said the picture from the available data is “unrealistic” and that air pollution in Serbia is horrible. “If we received 95% of data for all pollutants that are supposed to be measured, one couldn’t find a city in Serbia with air quality above category 3″, he stated.

The article adds SEPA included stations with less than 75% of acceptable data. Its former chief Momčilo Živković told the news organization anything less than 90% is unreliable.

The agency has acknowledged on multiple occasions that funding was insufficient for maintenance. The quality of data for 2018 was better due to refurbishing, it said. Živković claimed the system suffered because of the abolishment of the environmental protection fund in 2012.

No information on EPS’s achievements in air quality

Of note, Elektroprivreda Srbije, Serbia’s state-owned power company, signed an agreement with SEPA in 2017 on cooperation on monitoring the impact of its operations on the environment. The deal was part of EPS’s arrangement with the European Bank for Reconstruction and Development.

The utility’s coal-fired thermal power plants are the country’s biggest air polluters. The parties involved failed to provide any information on the results of the agreement when they were contacted by Balkan Green Energy News.