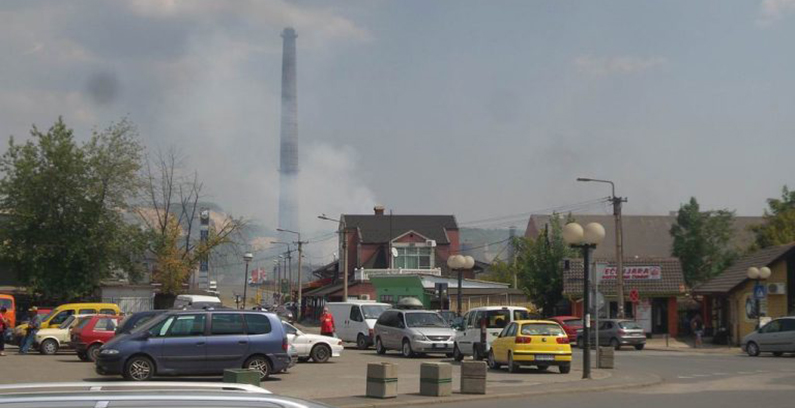 The City of Bor has filed criminal complaint against Serbia Zijin Bor Copper due to excessive air pollution that lasted several days. After the complaint was filed the Chinese company decided to halt operations of its copper smelter.

The mayor announced the move earlier at the city assembly, saying he would opt for a lawsuit it if Zijin doesn’t tackle pollution. A public protest against the China-based company is scheduled for Saturday, September 19.

Sulfur dioxide repeatedly exceeded the limit of 350 micrograms and ranged from 400 to 2,000 micrograms

Data from the Serbian Environmental Protection Agency’s (SEPA) measuring point Bor – Gradski park showed that SO2 emissions exceeded the limit of 350 micrograms per cubic meter on several occasions in hourly intervals from September 13 to September 15 and ranged from 400 to 2,000 micrograms.

The level of SO2 went to as high as 2,285 micrograms per cubic meter, which was recorded on August 28

The SO2 threshhold was exceeded also on several occasions from August 26 to September 1, and from September 7 to September 10. On August 28, the emissions were the highest – 2,285 micrograms.

According to the decree on monitoring conditions and air quality requirements, the maximum allowed one-hour SO2 concentration is 350 micrograms and must not be exceeded for more than 24 days a year.

Two days after the criminal complaint was filed, Zijin announced that it stopped the operation of the smelter and started an overhaul, adding it was planned for November.

The reason to stop production was a malfunction in the equipment of the plant, which led to an increase of flue gases and affected the air quality in Bor, the company said.

It was confirmed that the cause of the excess emissions is serious damage to very old equipment for collecting dust and flue gases, as well as to the desulphurization system, said Zijin.

The company promised to inspect the equipment and immediately eliminate all issues in order to prevent flue gas from leaking at the restart of production.

A fire broke out in the smelter

On the same day when production was stopped, a fire broke out in the smelter. It was extinguished after a few hours. According to local media, the blaze destroyed polyester pipes that carry the gases from the smelter to the sulfuric acid factory. The cause and the amount of damage have not been revealed.