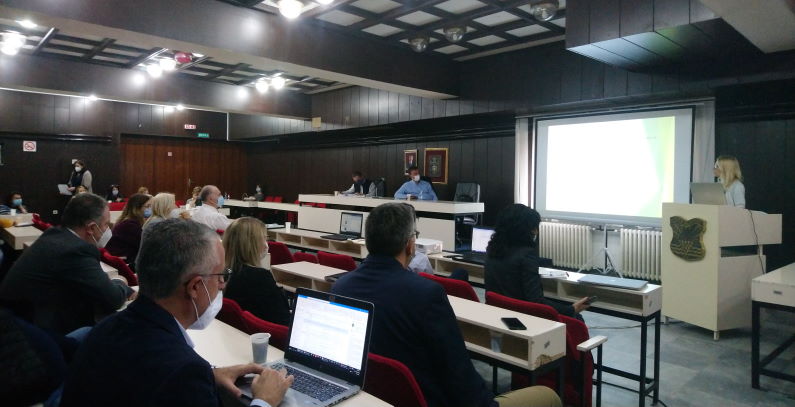 Suez and Itochu have been building a new landfill and a waste incinerator for a year now in Vinča on Belgrade territory, while the city government is still struggling with its plan to improve the recycling rate of municipal waste. Beo čista energija, a project firm founded by the two companies, held a public discussion about the changes it made to align the environmental impact study for its waste-to-energy facility with new European Union regulations.

Citizens and activist groups again expressed concern about whether the capital of Serbia would reach European recycling targets if it burns its municipal waste. They also said doubts remain about the legality of the procedure for the project and if pollution levels would comply with the law.

Local officials earlier promised only unrecyclable waste would be burned

One of the biggest sticking points is the future cost for households from the incentives that the operator of the incinerator would get. Officials earlier promised only the waste that can’t be recycled would be burned. Some of the objections in the process focused on the lack of alternatives for handling the material.

The documentation was amended to improve environmental protection measures, according to Tanja Radović from Dvoper, the consulting and engineering services firm that conducted the study. She presented the necessary increase in the capacity of the incinerator’s units. It includes using a larger quantity of reagents like urea and charcoal to reduce air pollution.

The amount of demineralized water will be boosted by 400 kilograms per hour, according to the new version. Radović said all expected negative impacts, measured during the course of the construction works, were determined to be low to moderate.

She stressed there would be no more damage from drain water as it would be processed in the purifier, which is being built to treat all wastewater from the complex including the old landfill. The methane from the existing and new facility will be tapped with perforated pipes and led to an energy production unit, Radović noted.

In her view, it will stop the landfill fires and other measures will enable the remediation of the mountain of garbage that has been piling up for four decades. Turning to criticism over the separation of environmental impact assessments within the future complex, she said it was necessary according to the detailed spatial plan as it defined different plots and that permits have varying deadlines.

Radović claimed the contract for Vinča doesn’t limit Belgrade in its recycling plans and denied the project is out of sync with any EU rules. Asked about the treatment of ash, she said it would be compressed before landfilling so that it can’t be carried elsewhere by the wind.

Aleksandar Ćirić, who is running the waste management department in the Secretariate for Environmental Protection of Belgrade, asserted the local authority would have its own air pollution measuring stations at the site. He added the city government is expanding its program for waste separation in households and that it would introduce recycling points, though he didn’t reveal a schedule.

Ćirić pointed out there are already underground containers for recyclable material.

Incinerator to have 70 MW in heating capacity, 33 MW for electricity

Beo čista energija is installing a cogeneration plant of 103 MW, of which 70 MW is planned for heating and the remaining capacity is for electricity production. Total landfill gas potential is estimated at 4.5 MW. The facility under construction is envisaged to have 3.2 MW, only for power.

The investor’s representatives noted the deadline for the entire project is August 2022, but they acknowledged some delays are possible due to pandemic-related equipment delivery issues. They stressed the air quality measuring points would be regularly recalibrated and that the technology brings EU pollution-control standards.