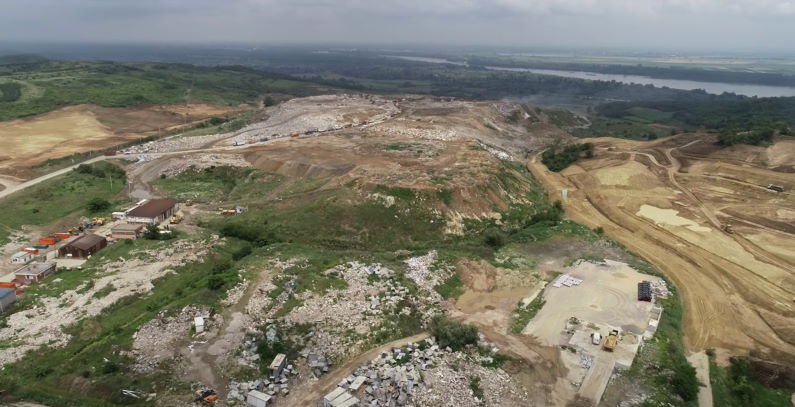 A public discussion about the planned waste incinerator in Vinča in Belgrade will be held on October 7, after the environmental impact assessment study was updated for compliance with European regulations. Within the public–private partnership, Suez and Itochu are also building a construction waste treatment plant and preparing the ground for a new landfill.

The Ministry of Environmental Protection of Serbia said the environmental impact assessment study for turning municipal waste and landfill gas into energy in Vinča has been updated and Eko čista energija filed it for approval. The public discussion on the incinerator was scheduled for October 7, to be held in the seat of the Municipality of Grocka.

The City of Belgrade has a public–private partnership with a consortium consisting of Suez from France, Japan’s Itochu and infrastructure fund Marguerite II. The country’s capital signed a contract stipulating that it must deliver 340,000 tons of waste per year for incineration and construction waste for treatment. The agreement is for 25 years.

Comments about the amended study can be filed by September 29.

The ministry added the procedure was renewed because of changes to project documentation as EU pollution control standards, the so-called LCP BREF – best available techniques reference documents for large combustion plants, have been upgraded in the meantime. The move was necessary for getting the integrated pollution prevention and control (IPPC) permit and the operational permit and it implies the improvement of environmental protection measures.

The changes include limits for nitrogen oxides, hydrogen chloride, sulfur dioxide, heavy metals, dioxin and furan and it became mandatory to measure mercury levels. The ministry also noted secondary waste separation is not the responsibility of the company and that it remained within the competence of the City of Belgrade, “probably” as part of some other project and organization.

Criticism over pollution, disregard for recycling

The documents point to objections from Natalija Stojmenović, an activist from the Don’t Let Belgrade Drown initiative, who said the plan isn’t in line with the EU’s Revised Waste Framework Directive 2018/851, stipulating that in 2035 at least 65% of municipal waste will have to be reused or recycled. She also claimed the project is noncompliant with the city’s waste management plan from 2011 to 2020.

Environmentalists are criticizing the study and Belgrade authorities and arguing Serbia wouldn’t be able to fulfil the conditions to join the EU with such an incinerator, that it would be a major polluter and that the city should focus on recycling.

Mayor Zoran Radojičić asserted the Vinča landfill was a bomb in an environmental sense for years but that now it is a development opportunity. The rehabilitation of the existing surface under waste will be finished in 2022, Prime Minister Ana Brnabić said recently.

Beo čista energija has announced that by the end of the year it would complete the new landfill, enabling the closure of the old one, and the facilities for processing construction waste and drain water. The project envisages incineration in a plant with a capacity of 103 MW for the production of power and heating.

The entire endeavor is worth EUR 370 million of which EUR 290 million is from loans approved by the International Finance Corporation (IFC), the European Bank for Reconstruction and Development (EBRD) and the Development Bank of Austria (OeEB).