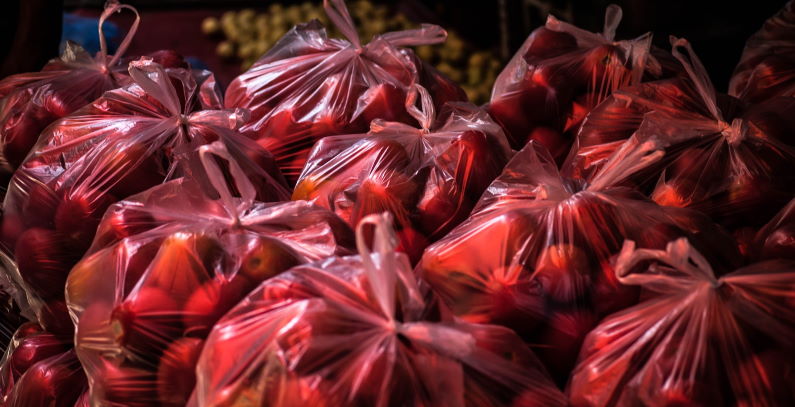 Several local and state governments in the United States including Massachusetts and San Francisco have been delaying and rolling back plastic bag limitations, while some even went so far as to prohibit reusable bags out of fears that they help the spread of the coronavirus pandemic.

Maine postponed its plastic bag ban until early next year instead of rolling out the measure on Earth Day, April 22. Numerous local and state authorities in the United States are rolling back legislation lowering the volumes of single use plastics due to fears that reusable bags, mostly made of cloth, increase the risk of contagion with the coronavirus. New Hampshire told retailers the customer must be able to get a plastic or paper bag and that the decision is aimed to “prevent the spread” of the COVID-19 pandemic.

Massachusetts banned reusable bags and Illinois announced it would discourage their use. Oregon suspended a plastic bag ban immediately after introducing it, just as the pandemic struck. New York delayed an equivalent move, though it was due to a ruling by the Empire State’s Supreme Court on a lawsuit by owners of small stores.

California, Connecticut, Delaware, Hawaii, and Vermont have also passed legislation so far banning single use bags on different levels. Hundreds of municipal authorities have done the same, but now many are reversing course. Chicago decided to delay the collection of the tax of seven cents per plastic or paper bag for now.

San Francisco was the first city to abolish plastic bags, in 2007, but it has just ordered customers not to bring reusable bags or containers from home to stores and coffee shops, so that “unnecessary contact” is avoided.

Even the Wall Street Journal has called for rolling back the bans of single use plastic bags in an editorial, citing several studies and a warning from the US Centers for Disease Control and Prevention that the coronavirus “may remain viable for hours to days on surfaces made from a variety of materials.”

For instance, research results from 2011 showed consumers’ reusable bags contained “large numbers of bacteria.” On the other hand, COVID-19 is caused by a virus, not bacteria. Needless to say, reusable bags must be regularly washed or cleaned. Another study, from 2012, did find a link between a norovirus epidemic in Oregon and a food bag for multiple uses.

Some retail chains have acted independently. They let customers bring reusable bags only if they pack the goods themselves or the practice is banned completely. Stores in Oregon are now allowed to give buyers single use bags for free.

The United Food and Commercial Workers (UFCW) union has called on customers to “just say no to reusable bags” for the time being. Similar pleas have been heard from other unions representing supermarket employees.

The Plastics Industry Association said in a letter to the Department of Health and Human Services that “single use plastic products are the most sanitary choice when it comes to many applications.” Environmentalists have reacted by calling such initiatives “scare tactics” and criticizing “plastic bag lobbyists.”

Ivy Schlegel from Greenpeace USA said plastics makers “saw a chance to strike and activate their network of pro-plastic surrogates.” She stressed consumers need “independent guidance from medical professionals” more than ever.

“Two recent studies have concluded that plastics are among the surfaces that human coronaviruses may survive on for the longest, of several surfaces. After these studies were publicized, several media outlets began portraying researcher ‘warnings’ about the potential for reusable grocery bags to transmit the new coronavirus and COVID-19, despite the fact that reusable grocery bags were not among the surfaces examined,” she wrote in a blog post.

China sticks with strategy to ban single use plastics

Meanwhile, China is making the first steps in its strategy to stop the production and utilization of single use plastics altogether.

The National Development and Reform Commission, the state’s main planning body, has just proposed a ban on products including shopping bags thinner than 25 microns, plastic cutlery and film for agricultural use of up to ten microns. The most populous country is easing movement restrictions as COVID-19 contagion is fading.