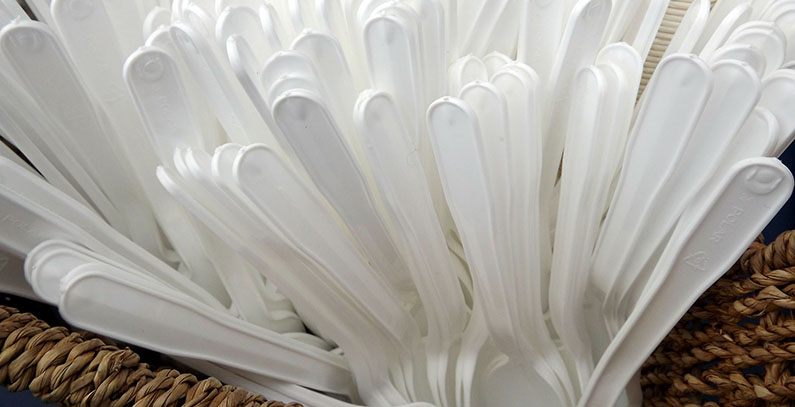 The National Development and Reform Commission said in Beijing that the state would by 2025 establish a comprehensive system for the production, sales, consumption, processing and disposal of plastic items. Big cities are first up to roll out the changes, while other places will have more time to adjust. China wants to eradicate most of single use plastics.

The plan’s outline reveals that by the end of the year such cutlery would be abolished in firms that deliver food in the largest urban centers and that undegradable straws in the category would not be served anymore throughout the country. Many restaurants must switch to dishes less harmful to the environment by the beginning of 2021, but the deadline was extended to 2025 for takeaway packages. China plans to ban single use plastics in hotels and postal activities by the end of the period.

Eight million tons of plastic waste ends up in seas every year. It is devastating the ecosystem all around the planet. The most populous country makes 29% of the material and its population makes up 18.6% of the 7.76 billion people in total, scientists found.

The most populous country produces 29% of plastics compared to its share of 18.6% in world population

The World Economic Forum estimated the Yangtze river, third by length in the world, is in the lead by the amount of garbage it takes to the ocean. The biggest landfill in China, which takes up the space equivalent to one hundred football fields, has reached the end of its capacity a quarter of a century before the projected point in time.

The second-largest economy delivered 215 million tons of household waste to dumping ground in 2017. It is ranked the highest on the global level in plastic content in waste as well.

The main strategy panel announced the goals in coordination with the Ministry of Ecology and Environment. They said they want “a beautiful China” and to contribute to health.

The campaign includes a push toward degradable and recycled plastic products and the development of a full-scale system for the collection of such waste for processing. Most shops in big cities will be left without plastic bags thinner than 2.5 microns by the end of 2020.

Most shops in big cities will be left without plastic bags thinner than 2.5 microns by the end of 2020

The measures are also directed at e-commerce, with an ambitious calendar for parcels that companies led by giants such as Alibaba and JD.com handle. China targets a 30% cut by 2025 in the quantity of single use plastics in the restaurant sector.

It remains unclear at what moment which segments of the economy and geographic areas would face restrictions for the manufacturing and sale of plastic products intended to be discarded right after they are utilized once. Among other orders, the film of under ten microns or 0.01 millimeters will be abolished in agriculture.

In several urban conglomerations including Shanghai, strict and complex rules are in place for household waste separation

China forbade in 2018 the imports of plastic waste for recycling and the government now says it would make the ban total at some point. In several urban conglomerations including Shanghai, strict and complex rules are in place for household waste separation.

And the capital city won appraisement by the United Nations for progress in air quality. Beijing has halved PM2.5 particle air pollution in six years.

John Richardson, senior consultant for Asia at commodity market intelligence provider ICIS, sees implications both for virgin polyethylene polymer demand in the country and the share of supply from recycled material. “There are reports that China is to modernize its plastics recycling business as a means of reducing dependence on imported virgin resins and adding value to its economy. The current local recycling industry is, on the whole, highly disorganized and inefficient,” he wrote.