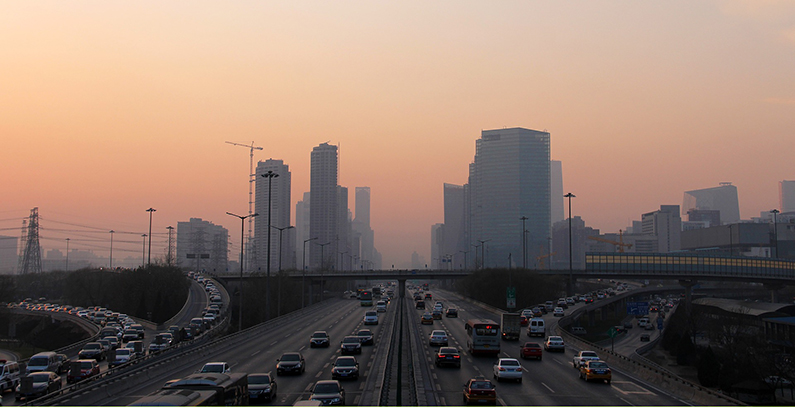 Air quality in China’s capital has become substantially better since the beginning of the so-called war on pollution. Statistical data carried by South China Morning Post showed the average concentration of PM2.5 particles tumbled to the lowest level since 2013, when measuring started.

Some segments of pollution surpass international recommendations by far, but the United Nations commended rapid progress and the example of how fast the situation is reversed.

“No other city or region on the planet has achieved such a feat,” UN Environment Programme, UNEP, estimated in March and attributed the progress to “an enormous investment of time, resources and political will.” The report was produced with information on pollution between 1998 and 2017. The authors stressed the authorities have been supervising heating boilers that use coal, introducing greener solutions in residential areas and improving the control over industrial activity.

The advance is the result of the implementation of rules regarding coal consumption, emissions from vehicles, cooperation with surrounding areas and greater data transparency, said Ma Jun, who heads the independent Institute of Public and Environmental Affairs from Beijing.

Beijing controls industrial activity, it shut down all coal-fired facilities and is underpinning efforts to switch households from the fossil fuel to gas and electrical energy

President Xi Jinping pointed to pollution in 2017 as one of the three biggest issues for the nation. Since the initiative against it started in 2013, local authorities in Beijing closed all heating plants and other industrial systems burning coal and underpinned efforts to switch households from the fossil fuel to gas and electrical energy.

The stance was tested in the winter season that started in late 2017, as many people in the most populous country’s north didn’t have heating due to the lack of gas. But Beijing consumed only four million tons of coal in 2018 compared to the record 30 million, registered officially for 2005. Sulfur dioxide tanked 85% in six years to four micrograms.

On the state level, the concentration of PM2.5 last year weakened 9.3% to 39 micrograms. Air quality was graded good for 79.3% of time in 338 biggest cities in 2019, and the goal for this year is 80%. However, the level of the smallest particles in Beijing is seven micrograms above the national quality standard – 35, while the World Health Organization set it under 10.

The national standard of the concentration of the smallest particles still hasn’t been met, while the level recommended by the WHO is far away

Parallel to the escalation in the trade war with the United States and the economic growth slowdown, strong energy consumers have raised emissions since the fall, Ma underscored. He noted the fight against air pollution has been much more successful than in the case of land and water.
Tags: air pollution
READ NEXT: Serbia to turn its electricity giant EPS into joint stock company
Home » News » Environment » Beijing halves PM2.5 particle air pollution in six years