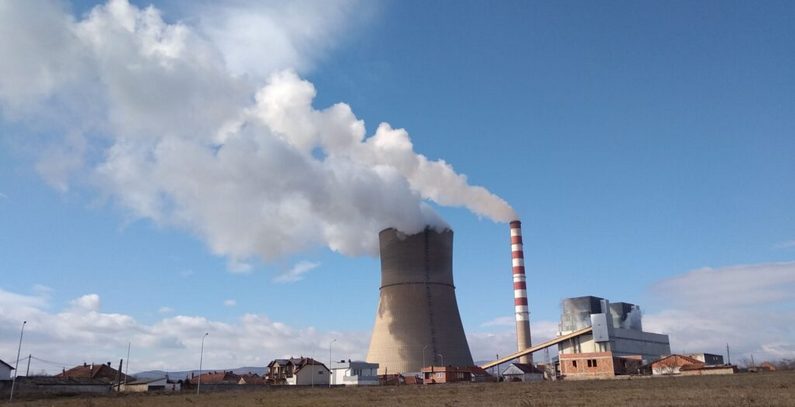 Two coal-fired power plants, Kosova A and Kosova B, are the main source of the alarming air pollution levels in Kosovo*, and particularly the town of Obilić, which is located between the two plants and near to their ash disposal sites and open-pit lignite mines. Bankwatch, which conducted a month-long monitoring of the air quality in Obilić earlier this year, has called on the authorities to take steps to alleviate the situation as well as to reduce Kosovo’s reliance on fossil fuels.

Dangerous emissions of sulfur dioxide (SO2) and particulate matter from the two coal-fired power plants affect Obilić all year long, while air quality data from the monitoring station is not publicly available in real time, preventing the residents from being informed about pollution in a proper and timely manner.

Kosova A and Kosova B, operated by Kosovo Energy Corporation (KEK), generate over 90% of electricity in Kosovo*, but they are also commonly regarded as the most polluting power plants in Europe, reads a report on the CEE Bankwatch Network website.

According to a 2014 study by the United Nations Development Program (UNDP), the crude death rate in Kosovo* attributed to dust pollution is 6 deaths per 1,000 people annually, while the Health and Environment Alliance estimates that annual health costs of the two power plants for the people of Kosovo* and neighboring countries are between EUR 70 million and EUR 169 million.

Many of the exceedances of daily PM10 and PM2.5 particles are several times higher than the limits

The monitoring of dust concentrations in Obilić from February 7 March 3 this year, conducted by Bankwatch, showed a huge number of exceedances of the national and the World Health Organisation (WHO) daily limits for coarse (PM10) and fine (PM2.5) dust particles, with many of them several times higher than the limits.

Even more concerning than these exceedances is the common occurrence of extremely high short-term peaks of PM10 pollution that last between 20 and 40 minutes, the highest of which standing at as much as 1,632 µg/m³.

Bankwatch calls on the authorities to provide real-time measurements to the local population in Obilić, while also installing dust filters, which could cut dust emissions by 35 times. Also, Kosova B needs to reduce its operating hours until the retrofit is ready to protect public health and the environment, Bankwatch warned.

As for depleted lignite mines and the ash disposal sites, they must be recultivated to stop dust from being carried by the wind.

Kosovo* needs a clear plan to steer away from coal

The energy system in Kosovo is almost completely reliant on fossil fuels, and it needs a clear plan to steer away from coal in the coming years by speeding up renewable electricity generation and non-coal based heating projects, according to Bankwatch.

In June, Bankwatch said that SO2 emissions in Western Balkan lignite-fired industrial facilities in 2019 were six times above limit, and that there was no improvement on air pollution reported to the European Environment Agency by Bosnia and Herzegovina, Kosovo*, Montenegro, Serbia, and North Macedonia.