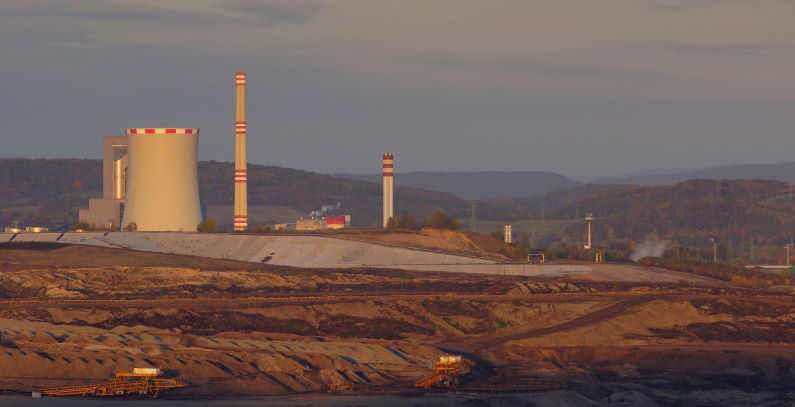 A public consultation was launched on the draft spatial plan for the special purpose area and the strategic environmental impact assessment report for Kolubara B. Serbia is moving ahead with the development of the coal power plant project, arguing “it is not possible” to replace the fossil fuel with other sources “in the near term.”

Within the development of a new thermal power plant project in central Serbia, the Ministry of Construction, Transport and Infrastructure published the draft spatial plan for the special purpose area and the strategic environmental impact assessment report. The government has revived the Kolubara B project, abandoned three decades ago, and hired PowerChina to install a 350 MW unit by year-end 2024.

The documents are available for public consultation until July 3 and the discussion was scheduled for July 15 in Lazarevac. The plan includes a power plant utilizing coal of “up to 400 MW”, the electricity transmission line, a substation in Konatice, access roads, an ash and slag dump and a water pipeline with a substation.

Authors said the coal-fired thermal power plant Kolubara B, planned to be built just 40 kilometers southwest of the center of the capital Belgrade, would comply with very strict domestic and international environmental rules. However, experts are wondering whether the developers can make it profitable.

No place for coal in Europe as renewables get cheaper

One of the last coal power plant projects in the European Union, Ostrołęka C in Poland, was finally abandoned last month over profitability issues. PKN Orlen said it would only be interested in the construction of the facility if it used gas, citing the prices of carbon allowances.

The company earlier bought Energa, which has been developing the project with Enea. They took a EUR 113 million writedown.

Renewables are getting more and more affordable. According to the latest estimates, it will be cheaper to build new photovoltaic units at least until the end of 2021 than to keep running an overall 1.2 TW in the capacity of the least efficient active coal power plants. It is more than half of the world’s total.

Serbia meets more than 70% of its needs for electricity with coal and switching to other sources “is not possible in the near term,” the plan reads and adds the production from renewables is “limited.” The country has already paid damages after suspending the Kolubara B project the first time.

Complying with regulations may require massive investments, potentially leading to financial losses. Until recently, Serbia had the ambition to install two units of 350 MW each. The system is planned to be connected to the future 400 kV power line between Obrenovac and Kragujevac.

The draft notes most of the lignite in the area has been depleted, leaving the newly opened Radljevo open pit mine and some reserves in Tamnava – Zapadno polje. Kolubara B is supposed to replace the existing thermal power plant and another facility further to the east.

The original Kolubara facility has five blocks, of which the last one was built in 1979. Their nominal capacity is 271 MW. The Morava thermal power plant od 125 MW was installed in 1969.

Popović: No guarantee rules would be respected

Mirko Popović, Programme Director of the Renewables and Environmental Regulatory Institute (RERI), is skeptical of the state’s willingness to shut down the obsolete units. He told Balkan Green Energy News there is no guarantee rules would be respected and stressed that sulfur dioxide emissions last year and in 2018 were six times above the upper limit.

“Kolubara B is economically and environmentally unacceptable. Most of Europe is phasing out coal by 2025. Germany has set the deadline at 2038, but it has fuel of much higher quality, while the lignite here is high in moisture and sulfur content. The EU and the European Bank for Reconstruction and Development have already ceased supporting such projects,” he stated.

Regardless of environmental standards, a new facility on coal would prevent the country from meeting the targets in the Paris agreement and the EU’s 2030 goals, RERI’s representative says

With a new thermal power plant, it would be impossible to lower carbon emissions in line with the Paris agreement and the EU’s targets for 2030, Popović asserted. He pointed to the potential financial burden from carbon certificates and added it would be borne by Serbian taxpayers and not the Chinese contractor.

Despite different projects, the country still has no desulfurization systems at power plants that utilize coal, Popović said.