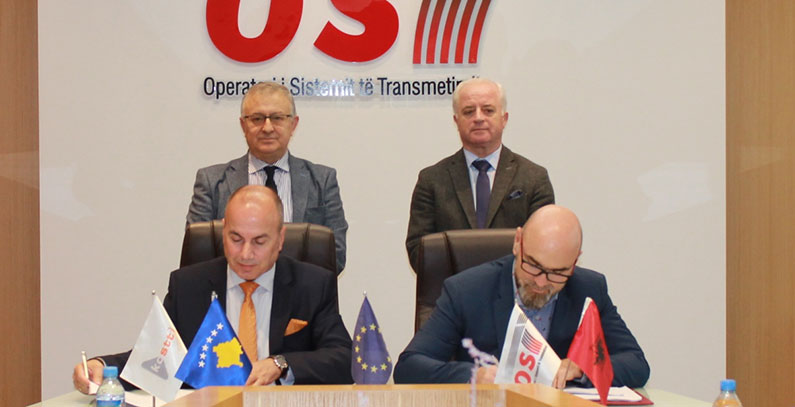 According to Kosovo’s* TSO, ENTSO-E is familiar with the agreement between KOSTT and OST, which was signed in Tirana with the consent of the two national energy regulatory agencies – ERO (Kosovo*) and ERE (Albania).

This agreement is a prerequisite for the independent operation of KOSTT and is expected to enter into force in April 2020, following the signing and start of the implementation of a new interconnection agreement between KOSTT and ENTSO-E, KOSTT said.

Operating as a regulatory block consisting of two regulatory zones (KOSTT and OST), the regulatory block of energy system Kosovo*-Albania aims to facilitate the operation of two power systems. This cooperation will secure easier operation and balancing of both systems, reduce costs and enable the exchange of system reserves, the company said.

The signing of the agreement marks the first concrete move on the exchange of system reserves within the energy markets of Kosovo* and Albania with the further aim of establishing a joint power exchange (APEX), which will enable other parties to become part of it.

In May, the Government of Albania adopted a decision to establish a power exchange, with day-ahead and intraday markets.

After the agreement was signed, KOSTT CEO Ilir Shala said that this is a historic agreement for Kosovo* and KOSTT.

So far KOSTT has been within the Serbian regulatory area (EMS) in the SMM block (Serbia, Montenegro and North Macedonia), and now, with the signing of this agreement and the start of its implementation in April 2020, the KOSTT will be definitely disconnected from the umbrella of Serbia’s EMS regulatory area and become part of a regulatory block with Albania’s TSO OST, Shala said.

According to the KOSTT’s press release, OST CEO Skerdi Drenova said that the establishment of the OST-KOSTT regulatory block guarantees the security of operation for both power systems and creates favorable conditions for the optimal utilization of generating resources within the block.

The SMM block is the ENTSO-E control block coordinated by Serbia’s TSO Elektromreža Srbije (EMS). KOSTT and EMS are parties to a long-standing dispute which on the one occasion even caused a system frequency deviation in the Continental European (CE) Power System.