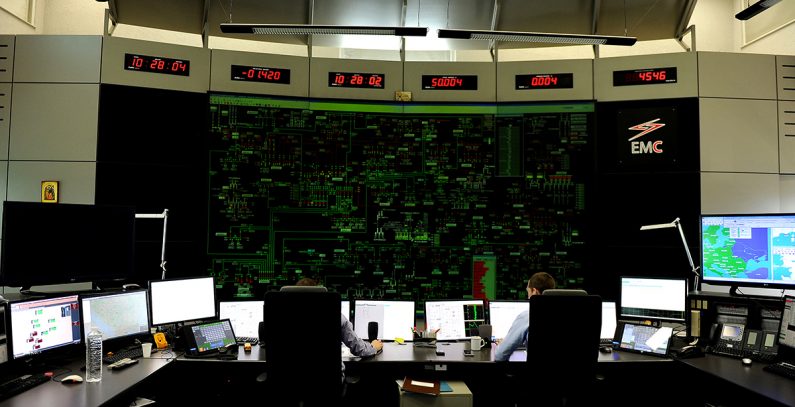 According to EMS’ statement issued yesterday, KOSTT stopped these illegal activities on March 3, after it faced pressure exerted by relevant institutions and that deviations have consequently ended.

EMS’ statement was released after the European network of transmission system operators for electricity (ENTSO-E) on Tuesday, March 6, revealed that the CE Power System has been experiencing a continuous system frequency deviation from the mean value of 50 Hz since mid-January 2018.

The CE Power System is a large synchronized area stretching from Spain to Turkey and from Poland to the Netherlands, bringing together 25 countries.

ENTSO-E said that the power deviations are originating from the control area called Serbia, Macedonia, Montenegro (SMM block) and specifically Kosovo* and Serbia.

“The power deviations have led to a slight decrease in the electric frequency average. This average frequency deviation, that has never happened in any similar way in the CE Power System, must cease. The missing energy amounts currently to 113 GWh. The question of who will compensate for this loss has to be answered,” the association of the European TSOs said in a statement.

ENTSO-E noted that the decrease in frequency average is also affecting those electric clocks that are steered by the frequency of the power system and not by a quartz crystal: they show currently a delay of close to six minutes.

“This missing energy was caused by KOSTT’s continuous deviation from the Control Program, in the period January-February 2018. KOSTT was constantly withdrawing, in an unauthorized manner, uncontracted electric energy from the CE synchronous area,” EMS said.

Serbian transmission system operator underlined that KOSTT has been, with such behavior, violating norms and standards of the operational work in the CE synchronous area, and has also been in breach of its obligation of independently performing the control of its subarea (load and production balancing) within EMS’ control area.

“Bearing in mind that ЕМS is in charge of balancing its control area, which includes the KOSTT subarea, EMS has committed all its resources to resolving this issue in a swift and efficient manner. Representatives of EMS are constantly in communication with the relevant local and foreign stakeholders and organizations, who have been regularly and in a timely manner provided with information about all aspects of the current situation,” EMS said in a statement.

KOSTT deputy director KadriKadriu, according to media reports, said that the problem was in northern Kosovo*, an area inhabited with some 40,000 Serbs who refuse to pay power bills to Kosovo* authorities.

“KOSTT is supplying the north of Kosovo* with electricity and it is considered as a loss… so the production-spending balance has been deviated causing an imbalance of the system,” Kadriu said in a statement, the media reported.

ENTSO-E: Political side of issue must be addressed

ENTSO-E noted that it is exploring all technical options to address the deviation issue with the concerned TSOs.

“As there is also a political dimension with impact on the functioning of the electricity system, ENTSO-E is urging European and national governments and policy makers to take swift action. These actions need to address the political side of this issue, supporting ENTSO-E’s and the TSOs’ actions to deliver a technical solution,” ENTSO-E said.