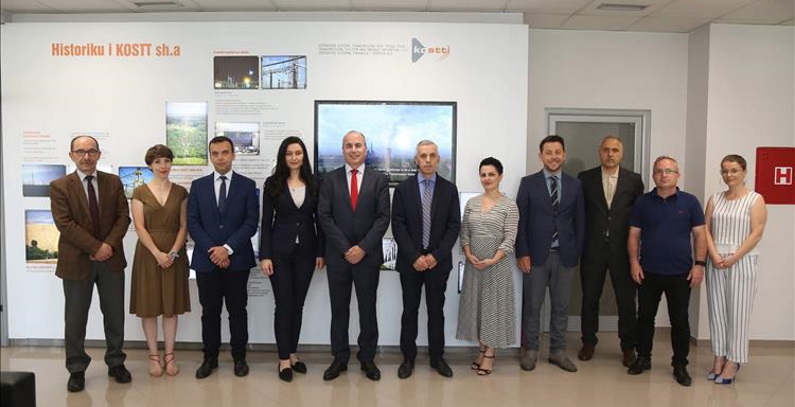 Transmission system operator KOSTT will become an independent regulatory zone within the AK block, which Kosovo* established with Albania, as European ENTSO-E signed the agreement.

Following the vote in April by the Regional Group Continental Europe (RGCE), Chief Executive Officer of KOSTT Ilir Shala has inked the connection agreement with the European Network of Transmission System Operators – ENTSO-E. The TSO of Kosovo* said it would operate as an independent regulatory zone within the AK block with the Republic of Albania, under the synchronous area of Continental Europe.

Implementation is expected in the autumn, after technical preparations of Continental Europe entities and Swissgrid, while KOSTT is ready, according to the statement. The deal with Albania was reached last year.

The agreement includes the full operationalization of the 400 kV interconnection line with Albania, built in 2016, KOSTT said.

It added ElektroSever, which would control the territory in the north, must apply for an electricity supply license with the Energy Regulatory Office (ERO) of Kosovo*. ElektroSever is a subsidiary of Elektroprivreda Srbije, Serbia’s state-owned power producer.

KOSTT will collect between EUR 4 million and EUR 8 million per year in income from the use of the interconnection transmission network or capacity allocation and congestion management, and between EUR 500 and EUR 1 million for transit, the press release reveals.

The TSO said it is coupling with Albania and that it will participate in the Albanian Power Exchange (APEX).

Shala thanked the embassies of Germany and the United States, KfW Development Bank and USAID. KOSTT said the agreement is a step toward the membership in ENTSO-E.

KOSTT left the Serbian regulatory area (EMS) in the SMM block, made up of Serbia, Montenegro and North Macedonia and coordinated by Serbia’s TSO Elektromreža Srbije (EMS). KOSTT and EMS have a long-standing dispute which once even led to a system frequency deviation in the Continental European Power System.