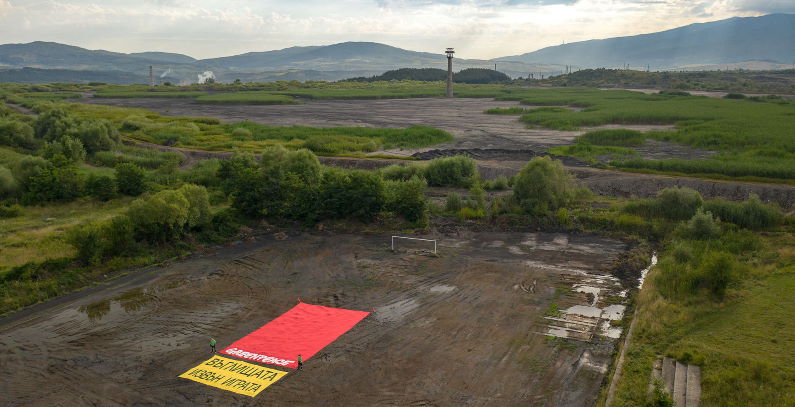 The government in Sofia should look up to Greece in its energy policy, according to Balin Balinov from Greenpeace Bulgaria, who called for a coal exit twenty years earlier than in the national plan. Environmentalists are pointing to the damage from maintaining thermal power plants using the fossil fuel.

While the Minister of Energy Temenuzhka Petkova believes coal-fired power plants in Bulgaria must keep working until 2050 because of energy security and national security reasons, Greenpeace insists the facilities must be shut down by 2030 at the latest. The organization’s energy solutions coordinator in the country Balin Balinov told Bloomberg TV Bulgaria the period is long enough for it but that all stakeholders must become committed to the goal.

Authorities in coal regions, trade unions, the Ministry of Energy, the prime minister and the civil society all need to come on board and their opinion should be heard so that a coal exit plan is adopted, he stated. The representative of Greenpeace Bulgaria added it expects legislation in line with European Union law, to include the concept of energy citizens.

It means individuals would get the opportunity to produce their own energy and become prosumers either as households or within energy communities. Balinov cited the example of Greece, saying the transformation already begun in the neighboring Balkan country. “Іt саn аlѕо hарреn іn Вulgаrіа. Реорlе need tо wаnt сhаngе for it tо hарреn,” he asserted.

Earlier this month, Greenpeace Bulgaria staged a protest at a football field in Pernik that was affected by a flood in May as the dyke of an ash pond broke. Water containing coal slag from thermal power plant Republika covered almost nine hectares and nearby neighborhoods were evacuated.

The environmentalists symbolically handed a red card to the coal industry. They pointed to other spillage incidents and pollution from dust and stressed the environmental, social and economic cost of maintaining it.

Together with Za Zemiata, which is part of Friends of the Earth, Greenpeace demanded environmental and health impact assessments of the project to deposit ash and slag in old mines in the area. Eko antratsit, the state-owned firm tasked with tackling the harmful effects of coal mining, plans to transport the waste from thermal power plants Bobov Dol and Maritsa East 2.