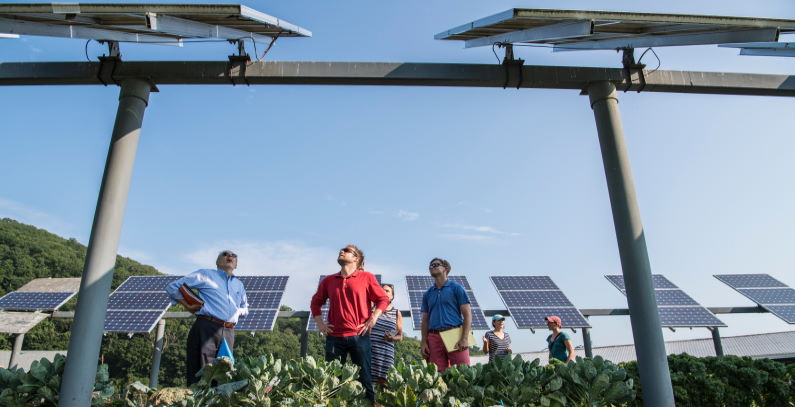 Agricultural cooperative Agrinio Union said works are underway on a group of photovoltaic facilities developed by the local energy community it established. Five hundred Greek families are jointly building solar power plants of 100 MW in total and the model has been incorporated in the national legal framework for future investments in the country.

A solar power complex of 100 MW is due to be finished in the fall in the Greek region of Aetolia-Acarnania and connected to the grid by the end of the year. The energy community founded by a local cooperative is on the way to start running the biggest facility of its kind in the country, before domestic utilities finish the first giant photovoltaic projects in lignite mining areas to replace the harmful fossil fuel.

Five hundred households and their strategic partner kIEFER TEK will install their own electric power substation. As the Hellenic Electricity Distribution Network Operator (HEDNO) rejected numerous applications, they decided to group the individual projects, said agricultural cooperative Agrinio Union, which set up the energy community. It is based in the neighboring municipality.

Greece recently enabled such joint efforts in legislation. The Agrinio Union stressed at its presentation that it took months of consultations with the relevant ministries and that the model is now incorporated in the legal framework as a guide for projects elsewhere in the country.

Investment may pay off in seven years

ProCredit Bank is financing the endeavor worth EUR 90 million and the families picked JinkoSolar to supply the equipment for the works in Katouna in western Greece. Union executives estimated the annual gain at EUR 14 million.

The Greek cooperative, which dates back to 1930, initiated the development of individual solar power installations even before the 2010 law enabled it. The Pan-Hellenic Confederation of Unions of Agricultural Co-operatives, Paseges, is currently promoting the example in the region of Western Macedonia, where state-owned Public Power Corp. (PPC) is planning to install 2 GW in photovoltaic – PV plants in lignite open pits.