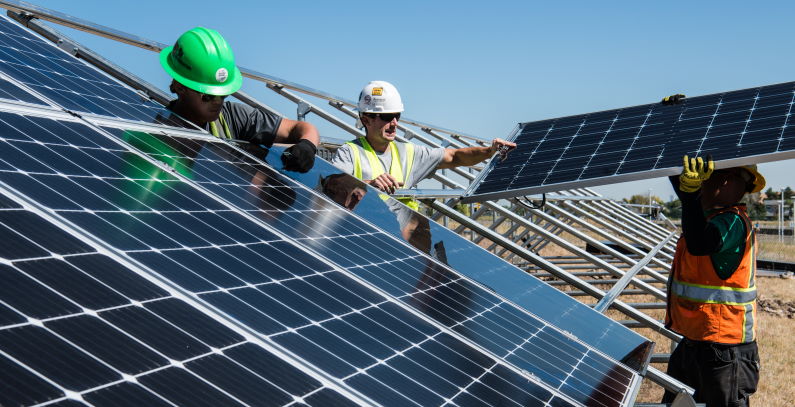 The future 230 MW photovoltaic complex in Greece’s northern lignite mining area is divided into three parts and PPC Renewables is yet to select a contractor for the largest unit – 200 MW. Metka EGN just signed its deal for a 15 MW solar park and Terna Energy is selected to build and operate the remainder.

Public Power Co.’s subsidiary PPC Renewables reportedly signed the contract with Metka EGN for the construction of a 15 MW solar power plant, Greece’s first deal with a contractor in a national project to fill lignite open pits and accompanying facilities with solar panels. Metka EGN, part of the Mytilineos group, was selected earlier and it is also among the bidders for a 200 MW project for PPC Renewables.

The new agreement for a photovoltaic plant in the country’s north is said to be worth EUR 10 million including a substation. The complex in Eordea and Kozani is planned to have the capacity of 230 MW. Greece’s ambitions are for 2 GW in total in the mining region in the Western Macedonia province and another 1 GW in Megalopolis in the Peloponnese and PPC Renewables is responsible for the projects.

Total budget for the 230 MW solar power complex is said to be EUR 131.5 million

Works on the first section are supposed to begin in July. The contract with Terna Energy for another 15 MW, worth EUR 11.5 million, is expected to be inked by the end of the month, domestic media reported. The unit will have solar trackers pointing panels toward the Sun.

As for the tender for the construction of the 200 MW solar power plant, four other entities are competing with Metka EGN for the design, delivery, transportation, installation and operation of the facility. They are Resinvest, Avax, Archirodon and the consortium of Sunel UK, Sunel Energy and Shanghai Electric Hong Kong. Total budget with two substations is EUR 110 million.

According to unspecified sources, PPC Renewables scheduled the launch of the tender for a 50 MW solar power plant in Megalopolis this month. The photovoltaic unit is envisaged to operate under the target model, where bilateral contracts are signed with private partners. In this case, it can also be PPC Renewables.