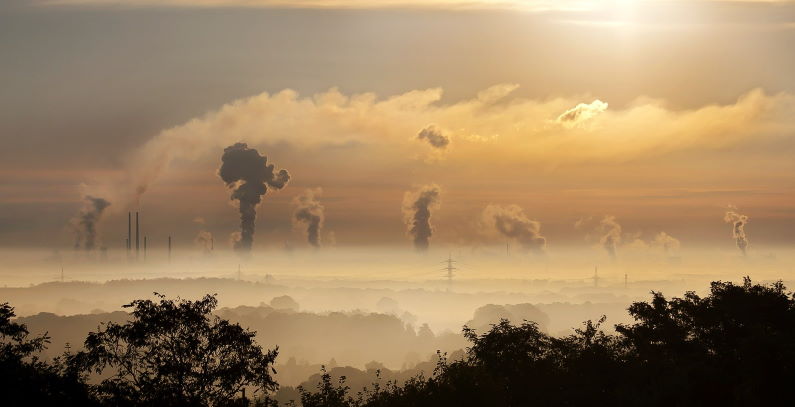 Carbon dioxide emissions from fossil fuels are about to fall by a record 5% this year or more as the COVID-19 pandemic almost ground the economy to a halt worldwide. Still, pollution must be lowered sustainably – the rebound after the coronavirus crisis will return greenhouse gases to previous levels, climate change experts warn.

Air pollution in India has been reduced so much with the COVID-19 lockdown that people in the country’s north say they can see the Himalayas, hundreds of kilometers away, for the first time in three decades. Carbon emissions and the levels of other harmful substances are dropping at the fastest pace ever due to the slowdown in industrial activity amid coronavirus containment measures, though scientists say it is far from enough to halt climate change.

Hundreds of reports from all sides of the planet give us a glimpse of a healing nature. Videos of wild animals roaming deserted streets are some of the most popular posts on social networks.

Clearer skies help respiratory patients and help survival rates and health in general, but how do we make it last?

Rystad estimates the fossil fuel industry would release 5% or 2.5 billion tons less carbon dioxide, CO2, this year than in 2019. The consultancy’s research was commissioned by the Guardian. The record fall, and the strongest one at that since the Great Recession of one decade before, is mostly attributed to the weakening in demand for oil – 1.8 billion tons.

Moreover, the dip is larger than for all economic downturns in the past five decades put together. Last year’s total, 36.8 billion tons, includes cement production.

Part of solution for carbon emissions may lie in airline industry

The International Energy Agency’s Executive Director Fatih Birol told the paper the phenomenon comes from the misery of so many individuals getting poorer. Governments have the responsibility to adopt policies for “a more livable planet and happier, healthier people.” If decision makers don’t stimulate clean energy use now, the improvement will be “easily wiped out” after lockdowns are lifted, Birol stressed, reiterating his stance.

Rystad said the decline in gas use would dent CO2 emissions by 200 million tons, compared to 500 million for coal, as the demand for the fossil fuels is seen dropping 2.3% each.

“If we learn that remote working can work, people may begin to question whether we need to take long haul flights to meet people in person,” Senior Partner Erik Holm Reiso suggested. A major chunk of the decrease in greenhouse gases is projected to come from airlines.

Rob Jackson from Stanford University claimed, as quoted by NPR, that the drop in carbon emissions from last year due to the coronavirus impact won’t be very significant if the current levels aren’t maintained. Carbon Brief’s latest report puts the year-over-year reduction at a stunning 5.5%. On the other hand, the coronavirus pandemic’s blow is apparently too weak to mitigate the climate change threat, as the United Nations Environment Programme (UNEP) has warned emissions must be reduced by 7.6% per year in the decade through 2030.

Its report is based on the goal from the Paris Agreement to limit the rise in global temperature to 1.5 degrees Celsius. UNEP has underscored the implementation of current commitments would still result in a jump of 3.2 degrees.