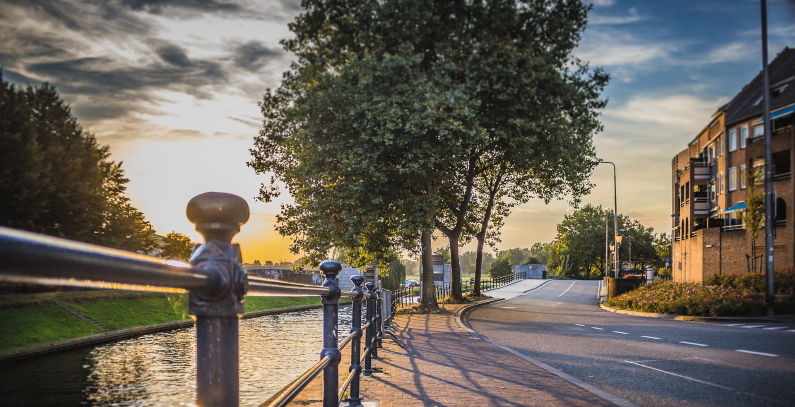 Concentrations of nitrogen oxides have gone down by as much as one half in some industrial centers since the onset of the pandemic. Air pollution is plummetting as governments are shutting down traffic and manufacturing activities to slow the spread of COVID-19 and as people stay at home.

Satellite data compiled by the European Space Agency, NASA – the National Aeronautics and Space Administration of the United States and other institutions have shown a dramatic improvement in air quality from the same time one year ago and in the past weeks. Air pollution levels have plummeted in most of the developed world as authorities imposed curfews and restricted movement in the wake of the COVID-19 outbreak.

As only a few countries in Europe, like Sweden and the Netherlands, didn’t grind to a complete halt (yet), skies have cleared across the continent. Most of the harmful particles come from fuel combustion and industrial processes, so the air has become much cleaner above big cities and regions laden with factories and thermal power plants.

Milan, Paris and Madrid stand out. Italy and Spain have been hit the worst by the disease caused by the novel coronavirus. Therefore, the measured drop in nitrogen oxides or NOx is no surprise as economic activity and transportation are at a bare minimum there as governments are trying to slow the spread of COVID-19.

As time goes by, the data becomes more reliable. Scientists make adjustments to exclude the effect of other factors like the weather and one-off events.

“The chemistry in our atmosphere is non-linear. Therefore, the percentage drop in concentrations may differ somewhat from the drop in emissions. Atmospheric chemistry models, which account for daily changes in weather, in combination with inverse modeling techniques are needed to quantify the emission based on the satellite observations,” said Hank Eskes from the Royal Netherlands Meteorological Institute, commenting on the nitrogen dioxide numbers.

The changes in places like the United Kingdom, where strict measures are being rolled out with a delay relative to other states, are yet to be ascertained. But initial readings point in the same direction. Levels of nitrogen dioxide in London, Birmingham, Bristol and Cardiff seem to be at two thirds or even half of where they were before the pandemic.

Heal in line with Green Deal

Decision makers in the West are faced with a tradeoff in the timing of the eventual loosening. The leaders of the European Union are nervous about the economic cost. In any case, President Emmanuel Macron of France said, the relief package must be spent in compliance with the European Green Deal.

United States President Donald Trump has hinted the lockdowns could be eased within two weeks so that people go back to work. But acting too early would make things even worse than they are now, when the country took the lead in confirmed coronavirus cases.

The Sentinel-5 Precursor satellite map of the US is consistent with the trend. The air is cleaner where there is more social distancing and factory shutdowns.

By one calculation, the number of lives saved by the lockdown-induced reduction in air pollution would top the COVID-19 death toll. But it didn’t include the immediate impact on the healthcare system or the consequences of a looming recession.

Another research, into the 2003 spread of SARS, a disease similar to COVID-19, led to the conclusion that the likelihood of dying when one is infected is 84% higher in places with moderate air pollution than regions with low air pollution. Besides, even a brief improvement can help patients with chronic diseases who get infected and it can avert uncountable inflammations.

The average amount of nitrogen dioxide in the air above Milan has plummeted 24% in four weeks and the pollution was 21% lower than at the same time in 2019. In Bergamo the level was almost halved on an annual basis. Barcelona saw a one-week dip of a stunning 40% and a 55% decline year over year.

The scientific community and activists have long called for addressing air quality systemically and invest for the long run. The unseen shock to society may still offer clues to what can be done differently when things begin to get back to normal.

It’s safe to say more people will be able to telecommute. Maybe there’s a way to overhaul the airline and aerospace industry, too. Companies in the sector, a major polluter, are currently hoping for bailouts and to return exactly where they were.

This animation shows air pollution in China clearing during the coronavirus outbreak — take a look pic.twitter.com/GBbIAnSXt9

In the meantime, the water in the canals in Venice is the cleanest in modern history and nature is using the break to heal as much as it can. But air pollution has begun to strengthen again in China as COVID-19 is loosening its grip.

I think we need to continue doing whatever we can about the covid19 but we also need to learn on what is taking place with earth. It’s trying to get healed. So in that, we need to figure out what can be done after we go back to normal. Do new ways to keep what the earth is doing going.

+ 6
- 0
Thank you, your vote has been noted. You already voted for this comment.