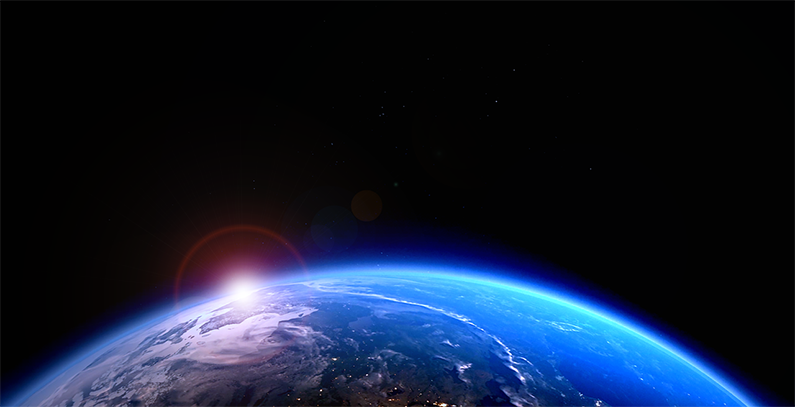 This year the world marks the 30th anniversary of the Montreal Protocol designed to reduce the production and consumption of ozone depleting substances (ODS) in order to scale down their impact on the Earth’s ozone layer. The Protocol is considered a successful environmental agreement which has helped the recovery of the ozone layer and contributed the fight against the climate change.

The Montreal Protocol was signed on September 16, 1987, a date that is today celebrated as the International Day for the Preservation of the Ozone Layer. This year, the 30th anniversary of the Protocol has been marked in many countries as well at the UN level.

The Ozone Secretariat and the global community have launched the #OzoneHeroes campaign, a public engagement campaign to celebrate the international agreement’s success in protecting Earth against ozone depletion and mitigating climate.

Prior to this, an international symposium will be held in Paris on September 19 and 20. The symposium will bring together the most eminent players working towards the success of this Protocol.

On the occasion of the 30th Montreal Protocol, the OzonAction, a branch of the United Nations Environment Programme (UNEP), has presented its latest smart phone application , the Global Warming Potential-Ozone Depletion Potential Calculator (GWP-ODP Calculator).

This application was designed for Montreal Protocol National Ozone Units and should also be useful for other related stakeholders. It is intended to help in understanding and data reporting under the Montreal Protocol.

The application allows to easily convert ODP, CO2-equivalent and metric quantities of refrigerants and other chemicals. The calculator will automatically perform the conversion between metric tons, ODP tonnes and/or CO2-equivalent tons (or kg) and display the corresponding converted values.

Ozone layer on track to recover by mid-century

The Montreal Protocol entered into force on  January 1, 1989, and together with the Vienna Convention, is considered the most successful environmental agreement in history. The benefits from the protocol are numerous, and the most important one is that the ozone layer is on track to recovery by mid-century.

Under the Protocol, the nations of the world have phased out nearly 99 per cent of close to 100 ODSs and prevented adverse impacts on agriculture, animals, forests, marine life, natural ecosystems and materials.

The UN Secretary General Antonio Guterres said that efforts to protect ozone layer save millions of people from skin cancer and cataracts each year. Thanks to these efforts, up to 2 million cases of skin cancer may be prevented each year by 2030, the projections show.

Guterres added that the Protocol helps combat poverty, address climate change and protect the food chain. The treaty also creates new business opportunities and it will save the global economy over USD 2 trillion by 2050, he said.

The Montreal Protocol has been amended several times to enable, among other things, the control of new chemicals and the creation of a financial mechanism to enable developing countries to comply. The Multilateral Fund for the Implementation of the Montreal Protocol, a financial mechanism of the Protocol, has provided over USD 3.5 billion to developing countries to phase out OSDs.

The important step was taken in October 2016, when the protocol was amended to include control measures to reduce hydrofluorocarbons (HFCs), which has been used as replacement of ODSs. Some HFCs are much more potent than CO2 in contributing to climate change.

Countries that ratify the Kigali Amendment commit to cut the production and consumption of HFCs by more than 80 percent over the next 30 years.

A successful HFC phase down is expected to avoid up to 0.5 degree Celsius of global temperature rise by 2100, while continuing to protect the ozone layer.