The Western Balkan countries are slow in using their potential in energy efficiency improvement, despite the fact that energy-saving measures could lead to additional investments worth EUR 2.5 billion and lower energy consumption in buildings by 40%, according to the Energy Transition Tracker.

The slow pace translates to energy productivity in the range of 20% to 50% in the EU while the investment gap in energy-saving measures in buildings is widening.

The Energy Community Secretariat has launched the Energy Transition Tracker to monitor the process in the Western Balkans. After details on the development of the power exchanges in the region, reduction of the pollutant emissions, and renewable energy sector, Balkan Green Energy News presents the latest results in the efforts to use energy more efficiently in the region.

The WB6 – Albania, BiH, Kosovo*, Montenegro, North Macedonia and Serbia – have an obligation to transpose the Energy Efficiency Directive (2012/27/EU). It set a 20% target for the Energy Community for 2020 and a cap on the consumption of primary and final energy to be achieved collectively by all Energy Community contracting parties.

They also had to adopt indicative national energy efficiency targets, and national plans with measures in buildings, power transmission and distribution, district heating and cooling systems.

According to the data for 2018, consumption excluding BiH is well below the maximum determined for 2018. However, energy productivity of all Western Balkan parties still remains low in comparison with the EU, the tracker reads. 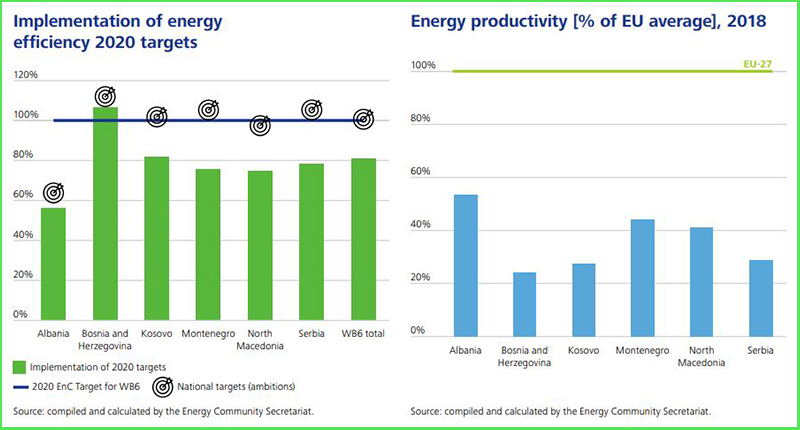 Renovating buildings to meet the minimum energy performance requirements set in the Energy Performance of Buildings Directive will ensure higher living, health and comfort standards for citizens and achieve energy savings as high as 40% in the building sector, the tracker underlines.

This makes sense even more when you know that the buildings sector is the largest final energy consumer, with 43% of total energy consumption in the Western Balkans.

According to the Energy Community Secretariat, the EU, international financial institutions and donors have all made contributions to support the WB6 in this area. One of the examples is Green Energy Financing Facility (GEFF). But numbers are not so good. 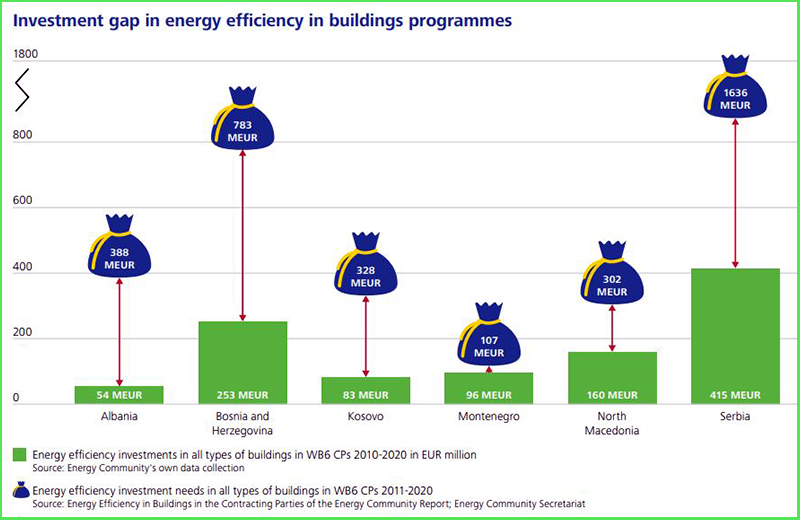 Renewables in district heating and cooling systems is a solution

The tracker pointed to opportunities in district cooling and heating systems for na increase in energy efficiency.

District heating based on renewable energy or residual heat is the most economic, clean and efficient solution for supplying heating services to high population density urban areas, the report reads.

The Western Balkans have good potential for using renewable energy (biomass, solar, geothermal) in district heating, implying a fossil fuel phaseout. Again, there is a lack of investments and political will for sustainable district heating to become a reality.

In the Western Balkans, around 14% of total heat demand is produced and distributed to final users in district heating systems.

As a solution for financing the introduction of renewables in district heating and cooling systems, the tracker suggested regional programme Renewable District Energy in the Western Balkans (ReDEWeB).