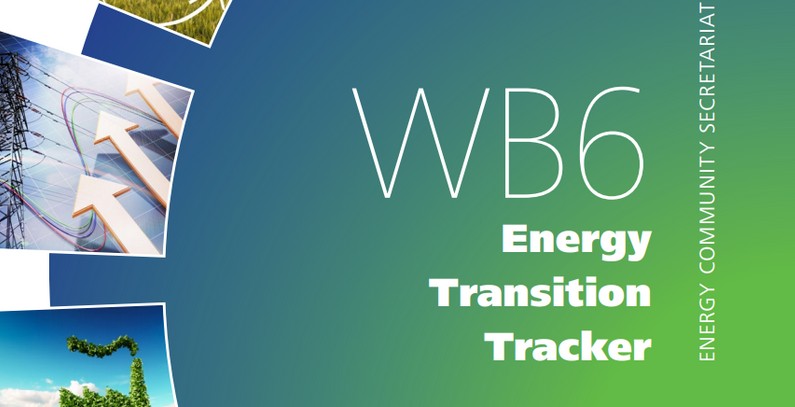 The Energy Community Secretariat has launched today the Energy Transition Tracker in a move which marks the start of monitoring the energy transition process in the Western Balkans.

“The wheels of the energy transition towards a carbon-free energy sector and an integrated energy market in the Western Balkan have been set in motion. The energy transition pathway needs to be ambitious, not least to meet the soon to be adopted Energy Community targets for renewables increase, energy efficiency improvement and greenhouse gas emissions reduction,” the report reads.

“Driven by attractive support schemes, other renewables (small hydropower plants but also wind and solar) have started to gain ground. However, their overall share is still only at around 6% of total installed electricity generation capacity in WB6,” the report underlines.

The tracker will be published biannually from now on. We bring you the highlights of the first edition.

Making the electricity market fit for the energy transition 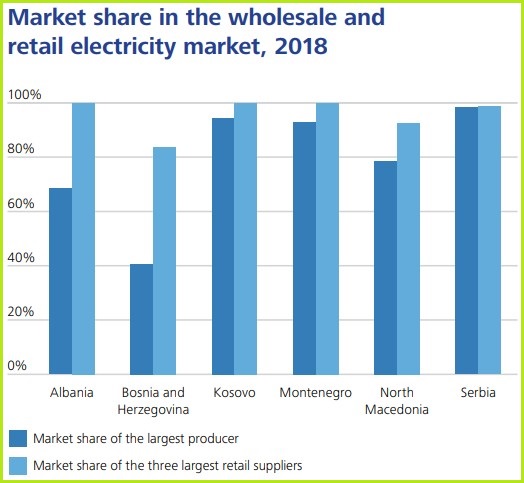 While substantial restructuring has taken place, resulting in some degree of price deregulation and market opening, real competition is still far from being developed.

As a consequence, market-driven investments into the electricity sector come at a slow pace, the report reads.

At the regional level, 8 incumbent producers (one per party and three in Bosnia and Herzegovina) hold 93% of the total electricity produced in the WB6. These utilities still supply electricity to meet the demand of almost 100% of final consumers under universal service.

The absence of an organized day-ahead electricity market in most parties remains a major obstacle in the development of competition.

The energy transition will require the WB6 parties to step up their efforts to develop competition and deliver an efficient price signal that will attract competitive renewable investments and allow new players to enter the market. 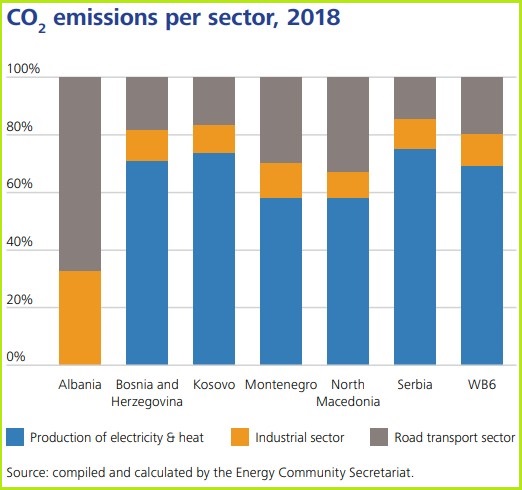 Decoupling electricity production and carbon emissions production is a key challenge in the energy transition of the WB6.

By acceding to the Paris Agreement, five WB6 parties have committed to limit the impact of power generation and other activities on the climate.

The WB6 on average emit eight times more CO2 than EU-27 to create the same amount of GDP. On average, the WB6 created 3,5 times less GDP per unit of consumed electricity than the EU-27.

A study to elaborate carbon pricing options for the Energy Community is currently being developed.

The most effective legal instrument for cleaning up power plants, reducing air pollution and improving public health in the WB6 is the Large Combustion Plants Directive. It entered into effect on 1 January 2018.

Boosting the deployment of renewables

Incentives helped wind and solar technologies to make a breakthrough in a coal-dominated power mix. However, their full potential is yet to be exploited.

Sectoral shares in heating and cooling and transport for 2020 were supposed to contribute to meeting the target more effectively and a higher penetration of renewables in these sectors. Yet, transformation in these sectors has not started.

To provide transparency in the allocation mode and to effectively drive prices down, WB6 parties need market-based support schemes in line with the new Renewables Directive and Guidelines on State aid for environmental protection and energy.

While some of the WB6 parties are on a good path to reform their support schemes and already held first renewable energy auctions (Albania, Montenegro and North Macedonia), others must accelerate the process. 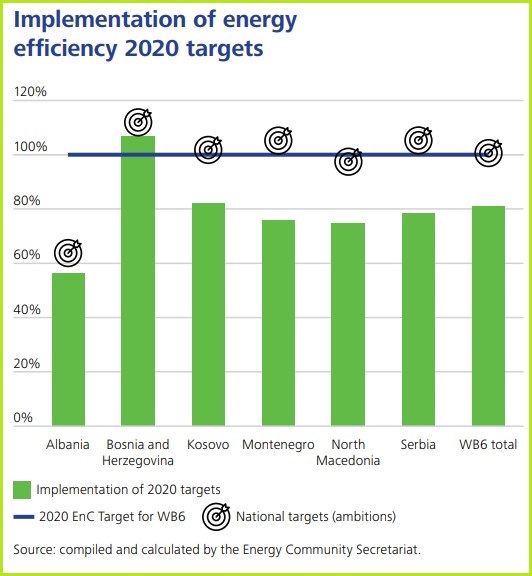 A current analysis of the target achievement, based on 2018 primary energy consumption data and the 2018 WB6 target trajectory, shows that the WB6 parties’ consumption, with the exception of Bosnia and Herzegovina, is well below the maximum cap for 2018.

However, energy productivity (the output and quality of goods and services per unit of energy input) of all Western Balkan parties still remains low in comparison with the EU.

Planning for a decarbonized energy future

National Energy and Climate Plans (NECPs) constitute the framework for integrating energy and climate policies and driving the decarbonisation of the energy sectors and the economy as a whole, in line with the 2015 Paris Agreement.

Four WB6 parties – Albania, Bosnia and Herzegovina, Kosovo* and North Macedonia – have begun to draft their plans, starting with the designation of dedicated working groups, development of integrated methodological tools and consultations with national stakeholders.

Albania and North Macedonia have already submitted the drafts to the secretariat for informal review.

The timeline for NECP finalization, as set by the secretariat’s non-binding policy guidelines, is the end of 2020, the report underlines.