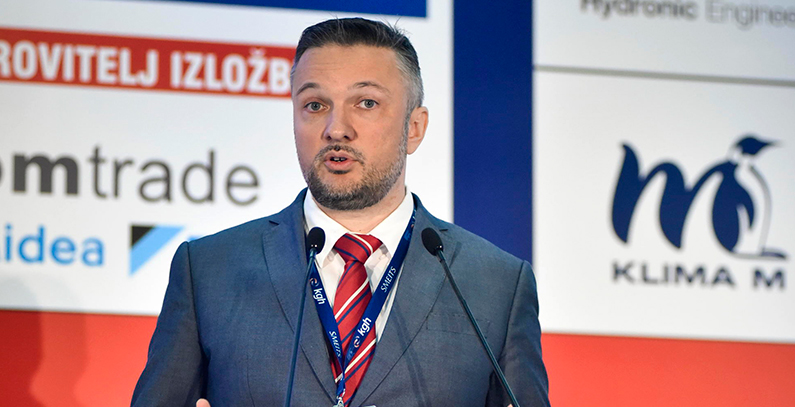 Renewable energy sources can be used in district heating and cooling systems without increasing citizens’ energy bills or heating plants’ and local governments’ costs, while at the same time significantly contributing to the quality of the environment, primarily by reducing air pollution, says Bojan Bogdanović, Principal Fund Manager for Renewable District Energy in the Western Balkans at the European Bank for Reconstruction and Development (EBRD).

The Fund is working on a number of projects aimed at decarbonizing district energy systems across the region –  in Pančevo, Bor, Novi Sad, Niš, Sarajevo, Valjevo, Šabac, Zrenjanin, and Žabljak – which were developed in cooperation with heating plants and local governments and tailored to their needs and abilities.

Simultaneously, work is under way on expanding the scope of cooperation with other cities in the region.

The goal, according to Bogdanović, is to enable a sustainable development of district heating and cooling systems, rather than just solve individual problems.

What are the potentials for the application of renewable energy sources in district heating and cooling systems in the region? Which specific renewable sources do you have in mind?

If a separate solution is prepared for each city, according to its needs as well as abilities, which is what we are doing at the Fund, then opportunities are everywhere.

Renewable energy sources can be introduced in district heating and cooling systems without jeopardizing the living standards of consumers.

A very important thing in the preparation of any of our projects is to make sure that the proposed solution does not increase citizens’ heating costs or local governments’ expenditures. These costs can even be reduced, and we should also so keep in mind that the introduction of renewable energy sources brings a better environment and much cleaner air to all of us, as well as to the future generations, because they substitute the currently dominant fossil fuels – coal, oil products (fuel oil and light fuel oil) or natural gas.

The Fund focuses on the development and implementation of the following technological and technical solutions: solar thermal projects, heat pumps, geothermal energy, waste heat, biogas, and the energy of seas, lakes, and rivers.

Last year the ERBD set up the Renewable District Energy in the Western Balkans (ReDEWeB) Fund. What are the fund’s objectives?

The Fund was set up in 2019 in cooperation with the Austrian Federal Ministry of Finance as the principal donor, in order to boost investment in the application of renewable energy sources in district heating and cooling systems.

Investments are made through the preparation of projects and feasibility studies, improvements to regulatory frameworks that encourage private investors to invest in renewable energy sources, the introduction of renewables in local governments’ development plans, and the financing of projects.

Its goals are to increase the share of renewables in the energy mix in order to meet the obligations from the Energy Community Treaty, support the market for renewables, build thermal storage facilities, improve energy efficiency in district heating systems, and create conditions for the private and public sectors to implement sustainable investments in this field.

How does the Fund operate?

The EBRD is a financial institution, but it is very important to note that the bank does not just provide financing, but also builds partnerships with local and international organizations and institutions, such as the ministries in charge of energy in Western Balkan countries, the International Renewable Energy Agency (IRENA), the Serbian Association of District Heating Plants, or Euroheat & Power, a European network of heating plants and district heating professionals.

This cooperation supports local governments and helps district heating plants find solutions tailored to the actual needs and local conditions. For example, together with our partners in Pančevo, Bor, Niš, Novi Sad, and Zrenjanin, we have determined that solar thermal technology can be the best solution for these cities.

This technology enables the utilization of solar thermal energy not only in summer months, but also in winter, thanks to surpluses generated during the summer and stored in the facility. 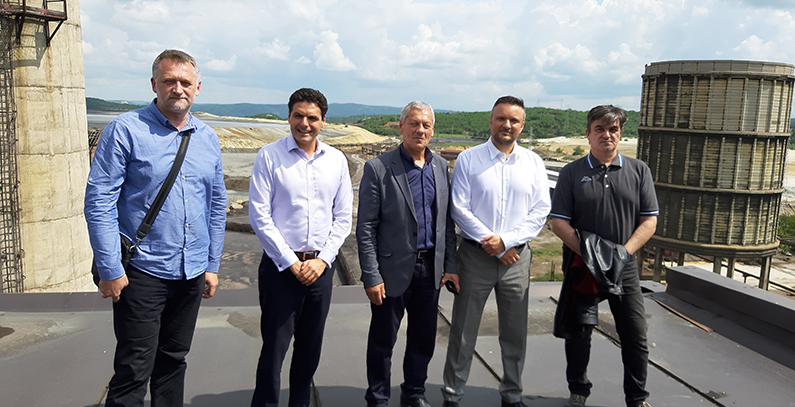 A working visit to the district heating company in Bor

The share of solar thermal technology in some district heating systems can reach up to 50%, and it can substitute fossil fuels, significantly reducing emissions of CO2, NOx or SO2, as well as particulate matter PM2.5 and PM10, and improving air quality in urban areas. Also, this technology can ensure equal or lower heating prices compared with comparable fossil fuels.

Solar-thermal technology enables the utilization of solar thermal energy not only in summer months, but also in winter, thanks to surpluses generated during the summer and stored in the facility.

In Valjevo and Šabac, heat pumps that use waste heat from existing wastewater treatment facilities is emerging as the optimal solution, while the best solution for Sarajevo is geothermal energy. In Žabljak, the construction of a district heating system is being planned, since the town does not have one, and the fuel to be used there is biomass.

You are also considering solutions that are not related to the production of thermal energy only?

Yes, that is very important to us – what we want is not to solve one individual problem only, but find a sustainable solution for the entire district heating and cooling system. We intend to do so not only in places where such a system already exists, but also where it does not, by building one, as is the case with Žabljak.

We want to cover the entire system: thermal energy production, by introducing renewable energy sources, and distribution, by rehabilitating and modernizing the substations and network as well as expanding the network. But we also want to think about consumption, with the aim of improving energy efficiency in facilities connected to the system.

In Pančevo, for example, we are discussing ways to help revitalize the district heating network and increase energy efficiency in buildings. 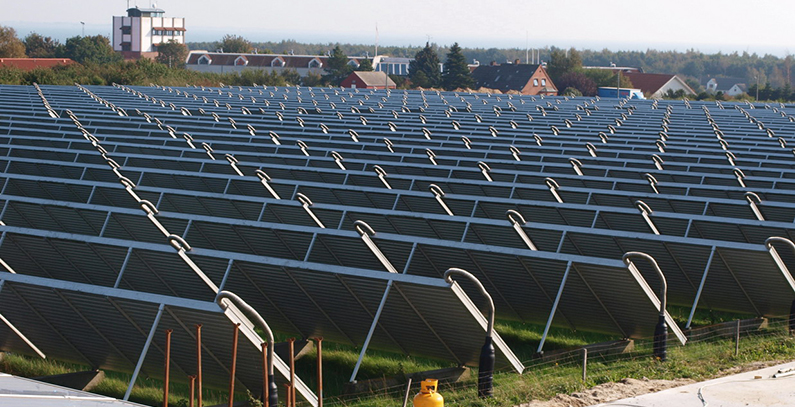 In Bor, we are considering modernizing substations and rehabilitating and optimizing the heat network.

In Valjevo, we wish to work on both energy efficiency in buildings and an expansion of the network to allow for new connections, while in Sarajevo we want to help the city implement its network expansion plans.

Can you talk about the part of the project that deals with energy efficiency in buildings? What does it involve?

The EBRD is very actively engaged in the energy refurbishment of residential buildings. Some cities in Serbia have not yet switched to consumption-based billing for heating largely due to the people who live in buildings that are so energy inefficient that their bills would be increased over the limit they can afford to pay.

Such people must be helped, and we are discussing ways to do that with local authorities. The idea is for investments that will decrease residents’ bills and increase the value of their property to be financed from the achieved savings. Up until now there has been very little progress in this area given that multi-apartment buildings are not clearly recognized by commercial banks as potential clients for loans.

We want to introduce a public ESCO model, where the city, or a company owned by the city, would assume the role of an ESCO company, which finances and performs the works, while return on investment would be secured through the achieved savings.

It is very important to note that, compared to the standard services of commercial banks, the EBRD does not only approve loans, but also, from donor sources, supports the implementation of projects – from design to studies to the oversight of works.

Our partners must know, and they do know, that we will be there every step of the way. We won’t just give them the money and leave – we will stay until we have achieved the set goal together. We are currently conducting analyses for this model of the energy refurbishment of buildings together with the local authorities of Šabac, Bor, Čačak, Niš, Valjevo, Pančevo, and Zrenjanin.

The expansion of district heating networks involves new connections, which is also one of the measures to reduce air pollution seen as a solution in both Belgrade and Sarajevo.

The example of Belgrade demonstrates the effectiveness of this measure. Since the 1980s Belgrade has shut down around 1,200 boiler rooms which burned fossil fuels (coal and fuel oil) and were highly inefficient. Had this not been done, Belgrade would have seen much higher air pollution levels in the past several months, when specific weather conditions have caused serious problems across the region, as well as in Serbia.

Another example, also in Belgrade, is a program devised to connect 21,000 apartments to the district heating system. During the four years of its implementation, the target was achieved, but also exceeded due to strong interest. In the end, a total of 28,000 private apartments were connected to the network – apartments which previously used  wood, coal, or electricity for heating. 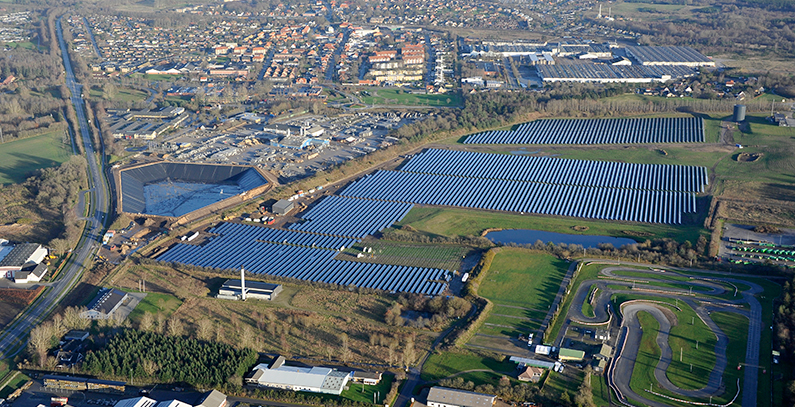 A recent conference in Belgrade titled Renewable Energy Sources in District Heating and Cooling Systems and held as part of the 50th International HVAC&R Congress and Exhibition gathered over 250 local and international participants. What is the main reason for such a strong interest in this topic?

The reason is in the fact that renewable energy sources and energy efficiency have become a matter of general interest. They are no longer issues that only engineers and specialized experts deal with, as was the case 30 or 40 years ago. The general public is aware that due to climate change, high energy prices, and environmental pollution we must be better informed about these topics.

The conference was organized for experts, but thanks to a large number of decision makers present and the media coverage, its message reached far beyond expectations, which additionally improved the visibility of the topics of renewable energy and energy efficiency, allowing a wider public to find out what experts are doing to help all of us breathe cleaner air, to ensure lower emissions of CO2, but also to reduce energy bills.