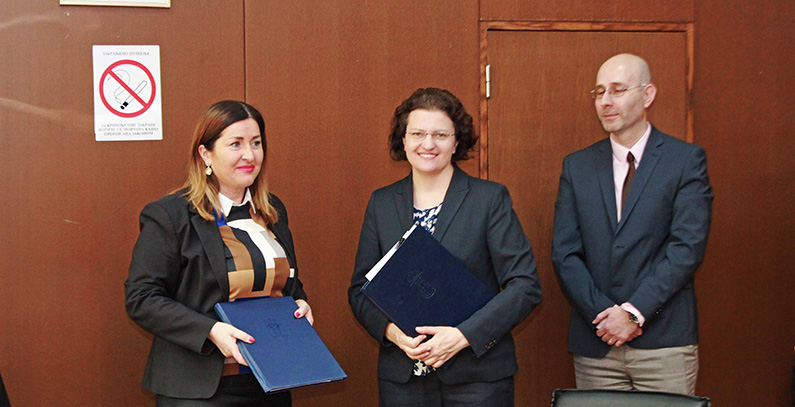 The project “Local development resilient to climate change” officially started with the signing of the project document by project’s partners representatives: Stana Božović, state secretary in the Ministry of Agriculture and Environmental Protection and Steliana Nedera, deputy UNDP representative .

“The aim of the project is to identify the needs of municipal governments, primarily in the segment of reducing greenhouse gas emissions,” Danijela Božanić from the Ministry said for BGEN.

The project, set to run for five years, will spend USD 12 million on innovative solutions that contribute to GHG reduction, greater energy efficiency and the use of renewable energy sources. It will also fund solutions in the fields of transportation, innovative business models, technical and technological innovations as well as the use of informational technology. The criteria for selecting ideas to be supported by the project will be defined in the following months.

Local governments are eligible to apply for funding, as well as other stakeholders like private companies, science and research sector, civil society organizations and others, as long as they apply in cooperation and partnership with municipal governments. The project was originally announced and presented at the end of last year at the event organized jointly by the UNDP, Ministry of Agriculture and Environmental Protection and Embassy of France.

“Funds are gathered from various sources, such as the Green Fund, the Global Environment Fund (GEF), the EU, Switzerland, Sweden and also Unikredit bank”, said the state secretary Stana Božović.

The UNDP deputy resident representative, Steliana Nedera, invited private, public and NGO sectors to compete in order to have their local development solutions funded. She added that Serbia is set to ratify the Paris climate agreement. It was previously announced that the National Assembly will ratify the treaty by mid-2017.

In the official statement the Ministry and UNDP say that the project provides a good basis for recognizing and maximally utilizing national scientific and industrial capacities in order to face the challenge of climate change in Serbia, especially on the local level. In accordance with global tendencies, the project presents a model for the introduction and application of scientific and technological innovations, as well as innovative models of funding and conducting business.