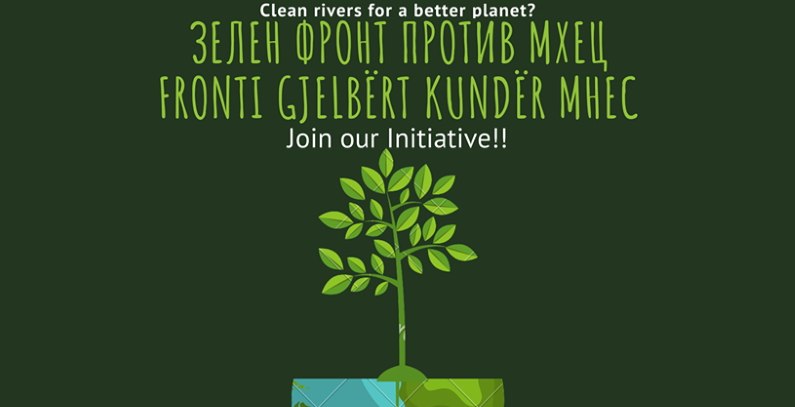 Environmentalist groups and nature enthusiasts in North Macedonia are joining villagers in the Shar mountain range this weekend at a protest to stop works on a small hydropower plant in Leshnica. Eleven such facilities are already operational in the area and 15 more are planned.

The people of the Balkans are sharing the same fight against small hydropower plants in protected areas, the newly established Green Front said. The initiative announced it would protest on September 27 in the Shar mountain range in North Macedonia against the construction of another small hydropower plant in Leshnica.

The sparsely populated area in the country’s far northwest spans 840 square kilometers and is rich in biodiversity. Parts of the mountain range in neighbouring countries are national parks and the procedure for the status is underway in North Macedonia.

The Green Front against Small Hydropower Plants said the government didn’t include locals when it allowed small hydropower plants to be installed, devastating water streams, and that citizens, mountaineers would rally on Sunday in Leshnica, where a 380 kW facility is planned to be built.

There are 11 small hydroelectric systems already in operation in the Shar area and another 15 are planned. The activists particularly highlighted the example of the three projects on the Pena river and claimed Tetovo city and its surroundings could be faced with a lack of drinking water.

In most cases, the investors don’t respect the so-called biological minimum of water flow and the procedure for concessions was not transparent, the initiative said. It warned villagers may migrate and that the forests and habitats are endangered.

The initiative revealed it is assembling a legal team to challenge concessions and building permits, pointing to breaches of the Berne and Aarhus conventions. The environmentalists said the “hydro-mafia” is linked with bankars, investors and politicians. Mountaineering groups announced they are organizing a cleanup action at the same time, like they do every autumn.

Villagers from Zhirovnica, Vratnica and Belovište have managed to block the construction of four small hydropower plants on rivers they depend on for water.

Zhive Kjirovski from Vratnica asserted that people, including those from Orashje, have been fighting for more than seven years now. He underscored the locals have been setting up barricades and that Macedonians and Albanians who live in the area and people from different political backgrounds joined hands in the protection of the rivers.