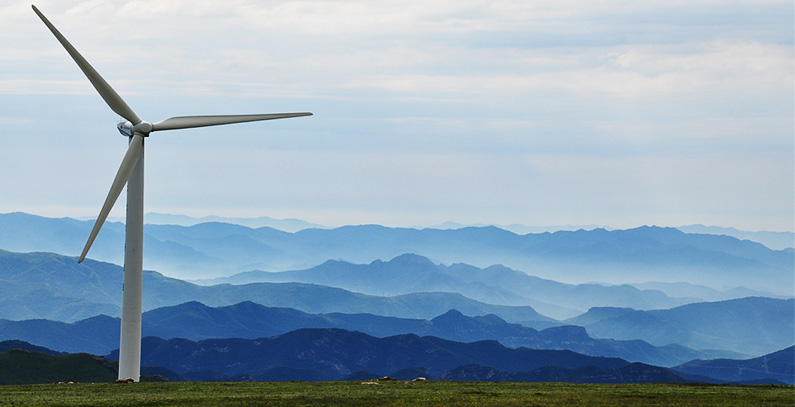 Works on the construction of Krnovo wind power plant near Nikšić are completed and trial production of energy should start early next year after the operating licence is obtained.

The construction of Krnovo wind farm, worth about EUR 120 million, began in May last year. The power plant will have an installed capacity of 72 megawatts (MW). The contract for this energy project was signed by the Government of Montenegro and the European Bank for Reconstruction and Development (EBRD). Its implementation should contribute to achieving Montenegrin renewable energy goals which entail that 33% of total energy consumption will have been produced from renewable energy sources by 2020.

The project is implemented by the Austrian company Ivicom Consulting and the French company Akuo Energy, which registered the joint company Krnovo Green Energy. Along with EBRD, the project was financed by the German development bank (KfW) and the French investment company for the promotion of economic cooperation Proparco.

“By the end of December we will get the permit, which means that early next year the wind farm can be put into trial operation for two to three months, after which it will go into full operation,” said Luka Popović, a legal adviser to the company Krnovo Green Energy.

The first wind turbine was delivered to Krnovo on June 1. Its generator is located at a height of 85 metres and weighs 83.5 tonnes. The wind turbines are set at an altitude of about 1,500 metres, where, as estimated, the average wind speed varies between about 5.5 and 6.5 meters per second.

Montenegro concluded the contract on the lease of the public land in August 2010 for a period of 20 years, with a possibility of an extension up to a maximum of five years. For the first 12 years, the price of electricity generated by the wind farm is guaranteed and it cannot be less than EUR 95.99 per megawatt-hour.

The implementation of the project was delayed due to unresolved property-legal relations and disputes with landowners who were dissatisfied with the estimated value of their real estate. This is the first capital investment in the energy sector in Montenegro since 1980, and the project is expected to contribute to reducing carbon-dioxide emissions.