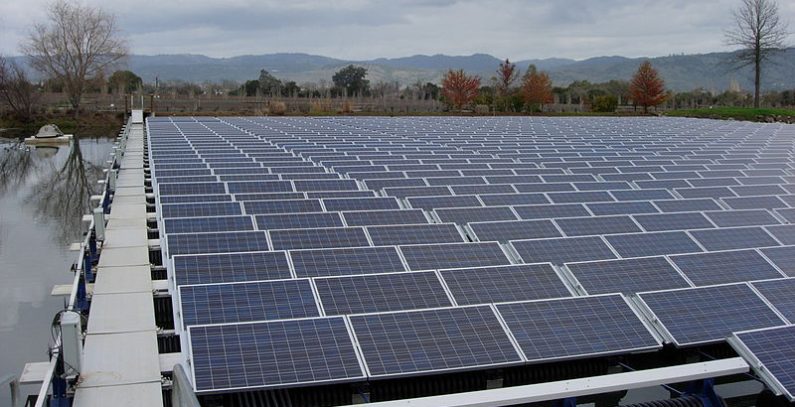 Albania’s state-owned power utility KESH has submitted a request to the Ministry of Infrastructure and Energy to build a floating solar power plant with a capacity of 12.9 MW on the Vau i Dejes reservoir, the Albanian media reported.

KESH’s detailed application to build the floating photovoltaic (PV) power plant can be accessed on the ministry’s premises, the ministry said, adding that the deadline for submitting comments and objections to the project expires within 15 days from the date of the relevant announcement, according to Monitor’s December 3 report.

According to the report, the project proposal was filed in line with regulations on power generation facilities that are not subject to concession. The electricity that would be produced by the floating PV power plant would be sold on the free market.

According to KESH, the project aims at saving land surface and at the same time maximizing the exploitation of solar power, Invest in Albania reported. Moreover, the presence of the plant will have an impact on the lake ecosystem as it will prevent algae growth and improve the water quality, according to KESH.

The floating photovoltaic facility, which would be Albania’s first, would span 118,000 square meters, according to earlier reports.

KESH plans to build the floating solar power plant as part of efforts to diversify its energy mix, which is almost entirely dependent on hydropower plants (HPP). The Vau i Dejes reservoir is part of HPP Vau i Dejes, one of three HPPs in the Drin River Cascade.

KESH has announced that OST, Albania’s transmission system operator (TSO), has agreed in principle to connect the plant to the grid once it is built.

Albania has recently completed the first-ever renewable energy support auction in the Energy Community, whose Secretariat has congratulated the country on the achievement and invited other contracting parties to follow in Albania’s footsteps.

The winning consortium is to build the country’s first solar power plant in the Akerni region near the city of Vlora. The auctioned volume was 50 MW with support, to be purchased by the Government at 0.0599/kWh over 15 years, which is lower than the base and peak prices at the Hungarian Power Exchange (HUPX), the reference for the electricity import price in the region, registered in August and September 2018.

Another 50 MW, without support, is to be sold at the market price.