Geothermal cogeneration unit to be installed in Babina Greda in Croatia 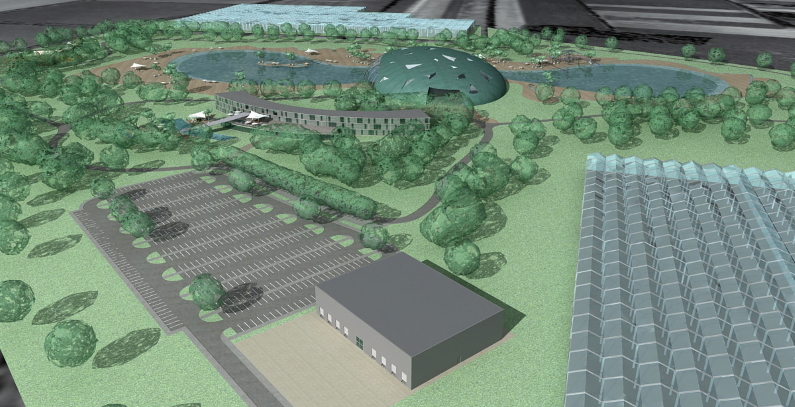 Municipal authorities are using EU funds to determine the size and temperature of a well at as much as 3,800 meters underground. A study found the heating potential of at least 27 MW together with the possibility to build a power plant of 1 MW or more in Babina Greda in Croatia.

The Vukovar-Srijem County in Croatia’s far east has strategic development projects worth HRK 1.7 billion (EUR 225 million) in the pipeline. One of them is for research and exploitation of a geothermal field. State-owned oil company INA made the initial discovery in the 1980s. The documentation is scheduled to be produced within ten months for drilling for the planned geothermal heating and power plant in Babina Greda municipality.

Company Geotermalni izvori doo, founded by the county and the local authority, is in charge of the project. It is just one kilometer from the center of the village, located on the river Sava and the border with Bosnia and Herzegovina.

A study revealed the capacity of 6,400 cubic meters per day or 74 liters per second at 125 degrees centigrade with 90% accuracy. It translates to the heating potential of 27 MW paired with electricity production of 1 MW, calculated at a base depth of 2,600 meters. There is a possibility that the temperature is 170 degrees Celsius at 3,800 meters, which could enable the installation of a cogeneration system with a 15 MW to 20 MW power production component.

The latest data show the temperature could be 170 degrees Celsius at the depth of 3,800 meters, which would enable cogeneration with up to 20 MW in power production

Drilling to 3,800 meters will cost EUR 15 million to EUR 20 million. The research is aimed at determining the capacity, temperature, pressure and chemical composition. After that, the decision makers can plan development. For instance, water that is cooler than 80 degrees can be used in industrial facilities, driers, glasshouses and spa units, while higher temperatures are suitable for electricity production.

The potential for investment is as high as EUR 200 million. The state ceded 43.5 hectares to the Municipality of Babina Greda, which is establishing the Krčevine economic zone on 47 hectares. The research license covers 770 hectares.

The budget for the documentation necessary for the drilling is HRK 2.13 million (EUR 281,000), where 85% was secured from the European Union’s Operational programme Competitiveness and Cohesion.

Croatia’s first geothermal power plant, in Ciglena near Bjelovar, started delivering electricity to the grid in March of last year. The City of Karlovac plans to switch its district heating plant to geothermal energy. The Croatian Hydrocarbon Agency estimates the potential of the renewable source in the country at 830 MW of power, on top of the benefits from the extraction of hot water.

The Power Engineering and Energy Management Chair at the Department of Energy, Power and Environmental Engineering of the University of Zagreb’s Faculty of Mechanical Engineering and Naval Architecture has issued a joint proposal with the North-West Croatia Regional Energy Agency – REGEA to introduce district heating in the capital city’s central areas as part of reconstruction efforts after the recent earthquake. The two institutions also claimed geothermal sources could meet all heating demand in Zagreb.

Of note, the Ministry of Environmental Protection and Energy said in February that Geo Power Zagocha doo has asked it to determine whether an environmental impact assessment is necessary for the Slatina 2 geothermal project in the area of Čađavica and Sopje in Croatia’s north.