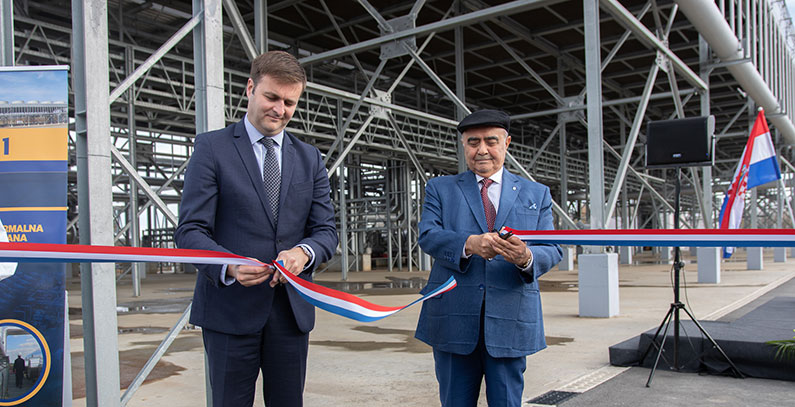 Croatia’s first geothermal power plant, the 16.5 MW Velika 1 in Ciglena near Bjelovar, has been officially unveiled in a ceremony attended by Croatian Minister of Environmental Protection and Energy Tomislav Ćorić and Muharrem Balat, Chairman of the Board of Turkey’s MB Holding, which owns the plant. Europe’s biggest binary power plant was built in an investment of HRK 325 million (around EUR 43.7 million).

The Velika 1 geothermal power plant was put in operation in December 2018, and has been operating at full capacity since March 2019, supplying electricity to almost the entire city of Bjelovar. The plant’s core technology was produced by Italy’s Truboden, while domestic suppliers and contractors accounted for over 68% of the total investment, according to the Croatian Renewable Energy Sources (OIEH) association.

Project manager Dragutin Domitrović said that Velika 1 has a power purchase agreement with the Croatian Energy Market Operator (HROTE) for 10 MW of installed capacity, which corresponds to the average consumption of 29,000 Croatian households.

Electricity produced by geothermal power plants is fed to the grid regardless of the weather or time of day. Since it started operating at full capacity in March this year, Velika 1 has delivered over 55 GWh of electricity, according to Domitrović. Muharrem Balat, Chairman of the Board of MB Holding, said that the company has built five power plants in Turkey, which are still performing very well, adding that he hopes MB Holding will do the same in Croatia.

Balat noted that geothermal energy has numerous advantages over other renewable energy sources, since it can deliver electricity 24/7/365. He added that investing in geothermal energy is risky and cost intensive, but that the Turkish company is prepared to continue with investments in Croatia.

According to end-2018 data, Turkey was the global leader in adding new geothermal capacity last year, while Croatia was sixth worldwide.