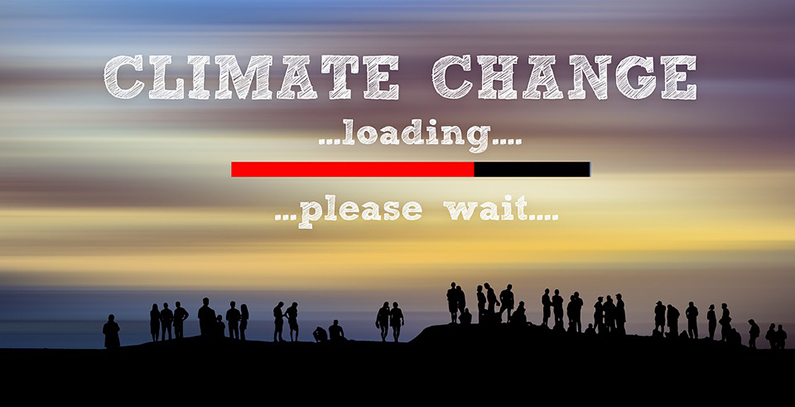 We are publishing the Joint Message without any intervention.

In the aftermath of the 2019 UN Climate Summit, which garnered momentous pledges by governments and the private sector to cut greenhouse gas emissions to net-zero by 2050, the European Union Delegation to Serbia and the United Nations Development Programme (UNDP) kindly request the support of the Republic of Serbia in reducing the emission of greenhouse gases (GHGs) and encourage the adaptation of Serbian society and economy to the imminent impact of climate change.

1. Climate Change is the Defining Issue of Our Time;

Globally, the implementation of the Paris Agreement is lagging behind in terms of the achievement of the 2°C goal. The Paris Agreement, concluded in December 2015, seeks to limit the rise in the world’s average surface temperature to “well below” 2°C above pre-industrial times by the end of this century, while “pursuing efforts” to keep it at maximum 1.5°C above pre-industrial levels.

However, the temperatures are already up about 1.0°C from pre-industrial times. The last four years were the warmest on record – including in July 2019, which was the hottest month of all, since the measurement began.[1] The consequences of climate change are visible everywhere, from the dying coral reefs, to the  shrinking of the arctic sea ice and the  rising sea levels.

The Western Balkans in general are predicted to be hit when it comes to experiencing the effects of climate change; effects that have already been witnessed recently in Serbia in the shape of extreme weather events such as historic floods and more frequent droughts.

2020 is the year when all parties to the Paris Agreement are expected to update their Nationally Determined Contribution (NDC), and it has become evident that a 45% reduction of GHG emissions by 2030 and carbon neutrality by 2050 is necessary in order to reach the goal of 2°C (1.5°C) as agreed in the Paris Agreement. If the boundary of 2°C is transgressed, our Planet will not be able to accommodate adaptation of humankind to changed climate conditions.

The Paris Agreement puts a strong emphasis on the fact that climate change is also a matter of human rights. This means that, in addressing climate change challenges, countries should respect, promote and consider their respective obligations on human rights, such as rights of ethnic minorities, local communities, migrants, children, persons with disabilities and people in vulnerable situations.

Consequences of climate change affect women and men in different ways. Women should be part of the solutions to climate change and are increasingly being involved in the development and implementation of national climate policies as agents of change

We strongly believe that addressing gender gaps and supporting the empowerment of women provide an excellent opportunity to help achieve environmental benefits.

2. The EU and UNDP invite the Republic of Serbia to enhance its climate change mitigation ambition;

The efforts to reduce GHG emissions should be planned and implemented with minimum impact and without adverse effects on the lives of the poor and most vulnerable men and women.

Serbia has pledged to reduce its GHG emissions by 9,8% by 2030 compared to 1990, as presented in the Nationally Determined Contribution under the Paris Agreement.  While recognizing significant efforts invested by the Government to present the potentials of GHG emissions reduction in key economic sectors, there are still large opportunities to increase this ambition.

We encourage a bold and ambitious revision of the Nationally Determined Contribution (NDC) ahead of the forthcoming 25th UNFCCC Conference of the Parties.

3. The EU and UNDP recommend further efforts by the Republic of Serbia to support and facilitate clean energy transition to increase energy efficiency;

Target 7.3 of the Sustainable Development Goals asks to double the global rate of improvement in energy efficiency. There is a strong support at EU level to commit to the achievement of net-zero emissions by 2050, which essentially means equilibrium between capturing and releasing carbon.

The target 7.2 of the sustainable development goals requires that all countries substantially increase the share of renewable energy in the global energy mix by 2030. The Republic of Serbia has pledged 27% of renewable energy in the gross final energy consumption by 2020. To achieve these goals, zero-emission sources but also sources with other beneficial impacts on the environment (e.g. agricultural waste) and carbon-neutral sources could be used.

In the framework of the Energy Community Treaty, Serbia committed to setting up 2030 energy and climate targets at a level of ambition equaling that of the EU. This was reinforced with the Podgorica Statement on Clean Energy Transition, signed by the Ministries of Energy and Environment in February and endorsed by the Heads of State and Government at the 2019 Western Balkans Summit in Poznań, in July. We recommend Serbia to live up to the expectations joining the EU in this common endeavor.

Therefore, Serbia will need to gradually move away from the dominance of fossil fuels in its energy mix to a much more balanced energy mix, while at the same time ensuring that the clean energy transition is fair and no region is left behind. For this to be possible, Serbia should accelerate efforts towards this shift, since any loss of time increases the cost of switching to renewables and delays achieving net-zero.

As we know, an integrated and fully functional regional electricity market is a pre-requisite for the successful integration of large shares of intermittent renewable power into the grid. At the same time, it enhances substantially the energy security of the system. In this regard, we recommend Serbia to cooperate with its neighbors to achieve this integration, which will move the country forward in its accession path to the EU.

We recommend a bold revision of existing efficiency targets and further investments into clean and renewable energy in primary energy production and the gradual abolition of any form of direct or indirect subsidies to fossil fuels. We also invite the Government and line ministries to consider joint approaches to climate and energy planning following the model of the National Energy and Climate Plans (NECP) as set out in the Energy Union Governance Regulation, which is expected to be adopted as Energy Community acquis in the short term.

4. The EU and UNDP encourage Support to Innovation in Serbia;

Innovative technologies, use of automatization and digitalization are key to driving this shift towards net-zero societies. We commend the Ministry of Environmental Protection for its commitments to the promotion and piloting of gender-sensitive innovative approaches to climate smart development at local level. We also believe that sourcing innovative, yet cost-effective technologies and business models, represent a development opportunity that brings climate benefits not only in terms of reduced GHG emissions, but also in terms of social and environment wellbeing for the communities and their citizens.

5. The EU and UNDP encourage the transformation of Serbian Economy Towards Greater Circularity;

The produce – use – throw away pattern of the linear economy is not sustainable anymore. Reducing waste and (re)turning waste into raw materials can save money and contribute to preserving the environment. To drive greater circularity, Serbia should look towards re-use and regeneration opportunities and encourage the use of materials and production patterns which generate and regenerate growth without so much wastage.

The EU and UNDP encourage Serbia to create enabling policy, regulatory and fiscal environment for further promotion and implementation of circular economy as a way of further GHG emission reduction at national and local level.

6. The EU and UNDP encourage Serbia to increase the percentage of its territory under protection;

One million species are at risk of extinction from human activities globally. Extinction rate grew exponentially over the last decades, and we’ve been losing all the ecosystem services with it. Serbia needs to extend the territory under protection from current 7.4% to 12% by 2025. In addition, the territory that is a part of ecological network Natura 2000 should be extended from current 20% to 25% by 2025. Serbia also needs to reach the target of 41,4% of territory under forests by 2050.

7. The EU and UNDP encourage Serbia to further improve the resilience of local communities to climate change and disaster consequences;

If some of the worst scenarios come true, the Western Balkans countries can expect a warming of up to 3 °C by mid-century. This will lead to an increase in the frequency and duration of heatwaves, droughts and floods. Flooding will become more frequent, forest fires will happen more often and spread wider and faster, and the river discharge will decrease. The extreme weather events will drag the countries towards crops failures and shortages, increased summer energy consumption, decreased water supply in summer and already recorded, spread of new diseases. During the 2014 floods, mainly rural municipalities were affected, with damages and losses amounting to EUR 1.7 billion. Billions have been lost to droughts in the past 20 years.

The EU and UNDP encourage gender-sensitive planning in Serbia which will mitigate the impact of climate change, to the economy and the society, in particular to its most vulnerable population, by integrated water management, improved agricultural practices, human health considerations and increased knowledge and planning on the local level. Knowledge and experience from men and women from local communities represent an important resource that could be used in climate change mitigation, adaptation and disaster reduction, making them effective actors and agents of change.

8. The EU and UNDP encourage Serbia to support youth in raising peoples’ awareness on climate change;

Lack of awareness about climate change and unreliable data were identified as the main bottlenecks for mobilizing men and women in developing countries to be agents of change. On current trends, someone born today risks spending their old age in a world that is 3°C warmer than pre-industrial times – twice the toughest ceiling of 1.5°C set by governments in 2015 in Paris. The youth in the world, but also in Serbia is demanding action from its policy makers both in setting a more ambitious agenda and in its implementation.

9. The EU and UNDP encourage education of all strata of the society on individual contribution which everyone can make in combating climate change.

The EU and UNDP encourage growth and investments which calculate the environment, biodiversity loss and climate change expenses on its balance sheet

Serbia’s growth is steady and it attracts more and more foreign direct investments. Its economic prospects are sound. However, environmental and social safeguard principles need to be a part of Serbia’s smart growth. With ambitious pledges at the UN Climate Summit of the private sector asset owners, directing more than $2 trillion in investments, 87 major companies and 130 banks, it is clear that the future will bring additional “green” criteria for investment, which Serbia will need to fulfill to attract foreign direct investments or concessional loans from international finance institutions.

The EU and UNDP encourage Serbia to calculate environment and climate costs of all investments, as well as to conduct strategic social and environment impact assessments for each large-scale investment.

[1] The Heat Is On: Taking Stock of Global Climate Ambition, September 2019, https://www.undp.org/content/dam/undp/library/planet/climate-change/NDC_Outlook_Report_2019.pdf