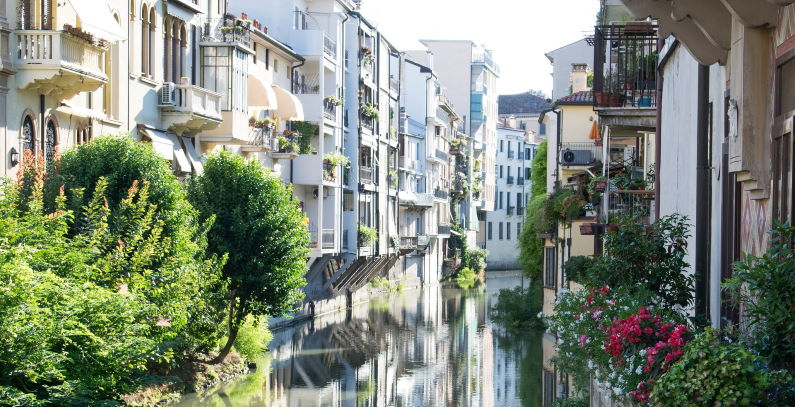 A draft report called Maximizing Energy Efficiency in Buildings is scheduled to be put for a vote in September in the European Parliament. Its authors from the competent committee urged for measures against energy poverty and backed the idea for an EU-wide rooftop solar support program.

The European Parliament Committee on Industry, Research and Energy adopted a proposal to achieve an energy-efficient and climate-neutral building stock by 2050. The Renovation Wave currently being prepared should also aim to ensure healthy and safe living conditions, lawmakers said in a report and called for a better promotion and integration of renewable energy in buildings including support for rooftop solar installations and innovative measures in the field.

The document is the basis for the penetration of building-integrated photovoltaics (BIPV), to be used for roofs, skylights and façades, SolarPower Europe said. In the report called Maximizing Energy Efficiency in Buildings, European legislators stressed renovation plans should help tackle energy poverty.

Building and renovation policies should be inclusive and climate friendly

As many as two million jobs could be created in the sector, they added, citing official studies. The draft is up for a vote in the European Parliament in September and it is part of the upcoming Renovation Wave announced by the European Commission.

There are 50 million households in the European Union experiencing energy poverty, according to the proposal. Building and renovation policies should be inclusive and contribute to EU climate goals, but also integrate local value chains and should not lead to an unbearable rental cost burden for tenants, MEPs said.

They stressed the significance of the development of decarbonised district heating and cooling for more connected communities, which means fossil fuels must be phased out in the segment. The use of natural and low carbon building materials, such as certified wood, should be incentivised, as construction offers an opportunity to store carbon in bio-based building products, the announcement adds.

Scope for funding from emissions revenue

The EU needs to ensure the necessary funding within the Economic Recovery Plan and the European Commission should upgrade energy efficiency targets and propose minimum annual renovation rates for buildings, the committee underscored. It called on European commissioners to consider directing revenues from the Emissions Trading System (ETS) into energy efficiency and to earmark a portion of the auctioning revenue at EU level.

“Increasing the energy efficiency of buildings and the renovation rate in Europe is a win-win. It can provide jobs, healthier buildings as well as contribute to climate neutrality in the context of COVID-19 recovery”, said lead MEP Ciarán Cuffe.

Energy efficiency can be improved in 97% of building stock

The building sector is the single largest energy consumer in the EU, and 97% of the building stock is not energy efficient. Rooftops in the EU have the potential for the production of 680 TWh of solar electricity annually and cover a quarter of current consumption, where two thirds would have lower costs than the current residential tariffs, SolarPower Europe noted.

EU lawmakers warned of the damage from gentrification and so-called renoviction of neighbourhoods driven by investment capital interests, and by the rising numbers of citizens in energy poverty, gender disparity, and marginalisation. They said more than EUR 75 billion a year in EU incentives is required to ensure an energy-efficient building stock by mid-century.

“Currently the EU building stock accounts for 36% of the region’s emissions, and installing solar on available rooftop space could save up to seven million tonnes of CO2 each year. In addition, rooftop solar is incredibly labour-intensive and will bring highly skilled, local jobs and growth in line with a green recovery and the European Green Deal,” said SolarPower Europe’s Policy Advisor and Coordinator of the Solar Buildings workstream Miguel Herrero Cangas.