Energy companies in Montenegro to invest EUR 734 million by 2024, EUR 1 billion in total

Photo: Presentation of the third package of measures (Government of Montenegro/Flickr) 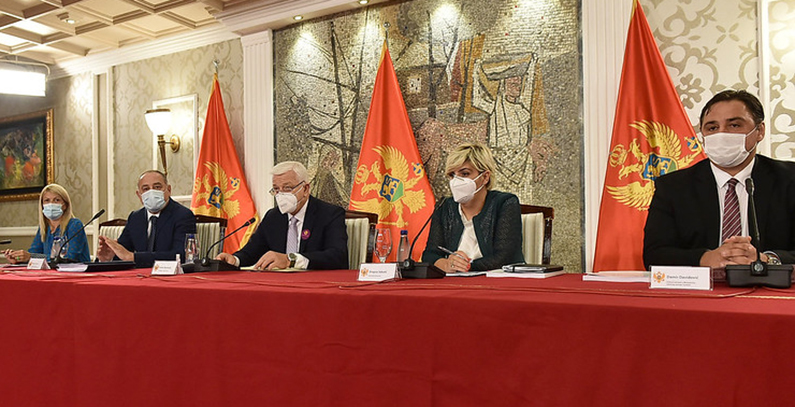 Energy companies in Montenegro plan to invest more than EUR 1 billion, of which EUR 734.6 million in the next four years, according to the third socio-economic package, adopted by the government to mitigate the coronavirus pandemic effects.

The largest part of these investments will be implemented by state-owned companies Elektroprivreda Crne Gore (EPCG), Crnogorski Elektrodistributivni Sistem (CEDIS) and Crnogorski Elektroprenosni Sistem (CGES). However, about EUR 30 million are expected from the investment in the installation of solar photovoltaic panels on the roofs of households, which would enable citizens to become prosumers.

CEDIS is already implementing a project to modernize the electricity distribution network, while CGES is planning investments in the overhaul of the transmission network and the Trans-Balkan Corridor.

The list of includes the Brajići wind farm, investment implemented by private company wpd, but also the construction of small hydropower plants, which should attract an estimated EUR 20 million. 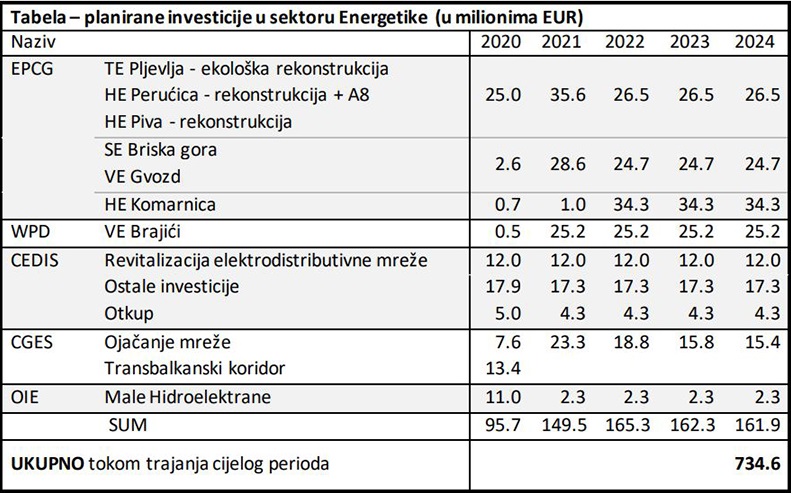 The third package of socio-economic measures also includes a recently introduced program which enables citizens to produce renewable energy for their own consumption. The government has secured funds to subsidize interest on loans approved by commercial banks and the Investment and Development Fund of Montenegro (IRF).

The average investment per household is estimated at EUR 3,000-4,000. If only 3% of consumers decide to install PV panels, the overall investment will reach more than EUR 30 million.

Domestic companies could get EUR 350 million worth contracts

Economy Minister Dragica Sekulić said investments in the energy sector worth around EUR 734 million are expected to be implemented by 2024.

Of the total amount, about EUR 350 million can be contracted with Montenegrin companies, which could be contractors, and subcontractors, she said, local media reported.

Presenting the new measures, Montenegrin Prime Minister Duško Marković said the third package of measures to support citizens and the economy to mitigate the consequences of the coronavirus pandemic, worth EUR 1.22 billion, would be implemented in the next four years.